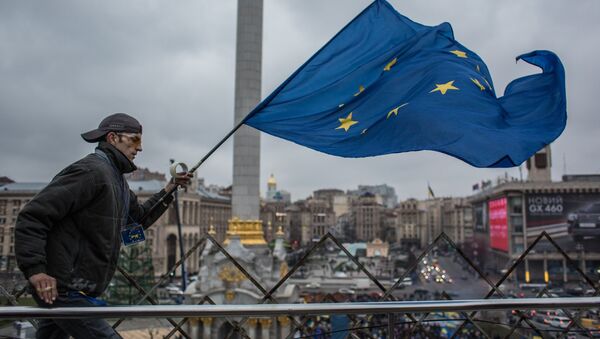 Instead of the promised prosperity and cheap Russian gas, Ukraine has to deal with a civil war and an economic collapse, an Austrian media outlet argues.

Ukrainians were naïve to believe that the association agreement between Kiev and Brussels would usher in an age of careless affluence. When former Ukrainian leader Viktor Yanukovych refused to sign it, they took to the streets in what became known as the Euromaidan revolution. New Kiev authorities finalized the agreement only to give Ukraine "a shock therapy," Contra Magazin noted. 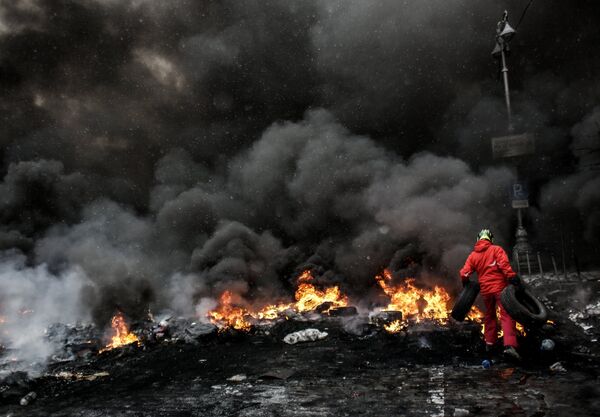 A protester adds tire to the fire in Maidan square in Kiev, Ukraine, Jan 22, 2014
© Sputnik / Andrei Stenin
/
Go to the photo bank

"It is becoming increasingly evident that [Yanukovych, deposed in a US-sponsored coup,] was absolutely right in his reservations" with regard to the document, the publication observed. Ukrainians are increasingly aware of this.

Ukraine to Face Disastrous Increase in Food Prices - Experts
The implications of the deal, which according to Contra Magazin goes further than any other agreement signed between the EU and a third party, are truly damaging. Ukraine has to carry out reforms to converge its legislation to that of the EU to the point when the pan-European laws will become the standard, the media outlet pointed out.

These changes would lead to (and have to an extent already resulted in) a radical privatization and the introduction of market-based pricing. The latter development makes it impossible for the government to offer energy subsidies, which means that ordinary Ukrainians have to pay ever soaring electricity bills. Many can no longer afford this.

"Taking into account the looming winter and the collapsing economy these steps are a death sentence for tens of thousands of Ukrainians," Contra Magazin concluded.

The agreement, hailed by the current Ukrainian leadership and Brussels, also introduced restrictions on Ukraine's main export sector – agriculture.  The European Union has to tackle overproduction in the agricultural sector and it does not need competition from Ukraine. 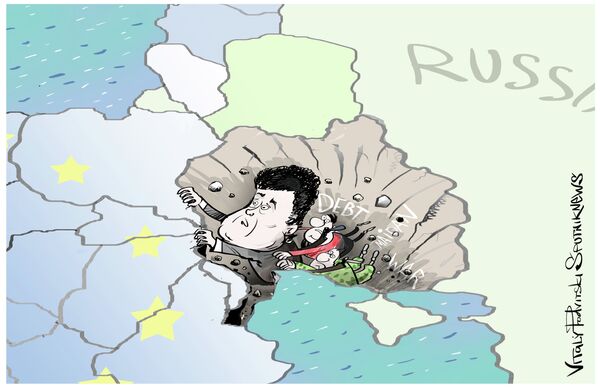