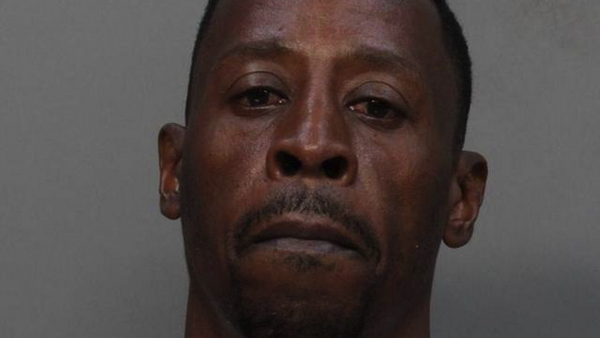 © Miami-Dade
Subscribe
The legal battle continues over a child-rape case in which the accused attacker was released from prison after the alleged victim recanted her allegations.

Andrew Taylor, spent 25 years behind bars for repeatedly raping an 8-year-old relative until Miami-Dade Circuit Judge Diane Ward threw out his conviction in April after finding the victim’s recantation credible.

However, a grand jury recently re-examined the case and indicted Taylor, who was re-arrested for capital sexual battery after spending 110 days free.

Man Who Spent 21 Years in Prison Dies Months After Being Exonerated
He was arranged Friday in court, where his defense lawyer Roy Kahn accused the state of leading a “malicious prosecution” against his client.

“There is no new evidence,” Kahn told a judge. “I think it’s a miscarriage of justice.”

Kahn also opposes accusations that the girl changed her story in a plot to get money after Taylor asked the court to declare he had been wrongfully incarcerated. If his request were granted, Taylor would be eligible for up to $1.25 million in compensation from the state for his time spent in jail.

For now, prosecutors are preparing for a second trial involving witnesses who heard the girl’s accounts of the attack in 1990 and medical evidence suggesting she had been raped.

Taylor will remain behind bars unless a judge decides he can be released to await trial.

The case can be traced back to 1990 when the girl’s mother returned from an ice cream shop to her Miami home, where she found her daughter awake in bed and “smelled a sexual odor.”  The girl claimed no one had “messed with her.”

According to prosecutors, however, the girl told her mother three days later that Taylor had raped her that day, earlier in the week, and once at another home. The mother then beat her daughter with a baseball bat for not telling her about the attacks. The mother was later arrested and convicted for battery.

Man Exonerated For Miami-Dade Double Murder Charge After 3 Years In Jail
The daughter then shared her rape story with her grandmother, a doctor with the Jackson Memorial Rape Treatment Center, a Miami Detective, and other interviewees.

During a 1990 deposition, she described to jurors “graphically sexual details” about her attack, according to prosecutor Amanda Newman.

In March 1991, Taylor was convicted and sentenced to life in prison by former Dade Circuit Judge Thomas Carney.

Taylor’s appeals during the next several years were denied. But last year, the victim was approached by defense investigator Jeannie Rodgers to talk about the case.

Rodgers said in a sworn affidavit that the woman finally found the “courage to stand up and do what’s right” after denying multiple requests from various defense investigators to discuss the case.

Now, the woman claims she lied about being raped by Taylor as a child because she feared more beatings by her mother, whom she claims was a drug user who often came home intoxicated and asked her whether Taylor had touched her.

Man Arrested for Drinking Tea Finally Exonerated After Two Years
“Finally, after an extensive beating, I told my mother that Andrew had touched me so that she would stop beating me,” the woman wrote in a sworn affidavit. “… I was so afraid of my mother that I thought if I ever told the truth that she would do terrible things to me.”

The woman also said she had been consumed by guilt for years because she held a relationship with Taylor’s son.

The woman repeated this version of the story during a deposition and a hearing in April. Prosecutors questioned the origins of the woman’s internal injuries. The defense argued such injuries were not unusual among active children who run and play.

Finding no reason why the woman would change her story, the prosecution dropped the case a few days after the April hearing.

As for the woman’s suspected plot to earn money for her recantation, Taylor’s defense attorney maintains the accusation is bogus. He said Taylor considered earning compensation 30 days after he was released from jail during a meeting in his office.

“They’ve (Taylor and the victim) had no communication,” Kahn said. “The first time they spoke was about two weeks ago. He told her he had no grudges against her.”