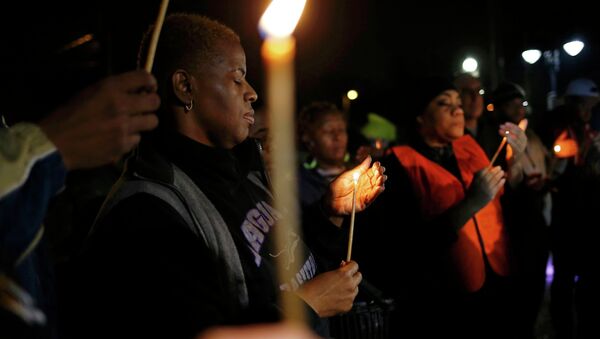 Civil rights groups, church leaders and residents of Ferguson, Missouri are marking the one-year anniversary of Michael Brown’s death through a series of events, including a memorial service and march against police brutality on Sunday.

Through a series of art events, memorial and Church services, followed by Monday’s Day of Civil Disobedience and National Call for Action, organizers will demand justice for Brown’s death and hundreds of other African-Americans whose lives have been cut short through police violence.

The organizers of this weekend’s protests hope to give momentum to those calls for change at a time US officials mull a number of options to reform the police and criminal justice system that African-Americans claim unfairly target their communities.

US advocacy group Don’t Shoot Coalition in partnership with the Greater St. Mark Church will hold a silent march and a memorial service for Brown and other US police violence victims.

"With Michael Brown Sr. we are doing a memorial service on Canfield [Street] where his son was killed and marching to the church," Greater St. Mark Church Senior Pastor Tommie Pierson told Sputnik.

This will lead into Monday’s Day of Civil Disobedience and National Call for Action, where protesters will take to the streets to demand justice once again for Brown’s death.

"This violence has been going in our communities for decades and decades without any accountability and not any attention," Don’t Shoot Coalition co-chair Denise Lieberman told Sputnik.

Don’t Shoot Coalition is hosting a variety of art events throughout Friday to Sunday, working with artists who participated in protests after Brown’s death last year to memorialize his life.

"All great civil rights have been grounded in arts to express the kind of anger and indignity and hope people have a hard time articulating with respect to race. The art had long been a way we can communicate these messages."

Brown’s death spurred mass protests across the United States and ignited a national debate about racial inequality and the use of police force against African-Americans. Similar instances of police violence, most notably against Eric Garner in New York and Freddie Gray in Baltimore, sparked wider calls for police accountability and reforms.