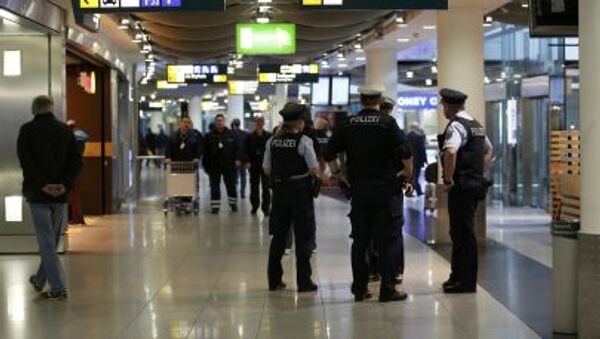 German Federal Office for Migration and Refugees (BAMF) can forbid about 94,000 asylum seekers from the Balkans from re-entering the country, BAMF President Manfred Schmidt said Saturday.

MOSCOW (Sputnik) – According to Schmidt, the BAMF is authorized to reject an asylum seeker's claim to enter the country or get a residence permit if it has no ground.

“Currently we have 94,000 applications from the Balkans. Almost all of these applicants for asylum will receive the notification of the re-entry ban and the ban on residence together with the negative resolution of their bids,” Schmidt said in an interview with the Die Welt newspaper.

Safer in Syria: Refugees Leave Germany to Escape Anti-Migrant Violence
In July, an all-time high number of 79,000 asylum applications was sent to the BAMF. The total amount of applications that have to be processed exceeds 200,000. Some 94,000 of them are from the Balkans and 40,000 are from Syria. The BAMF expects about 450,000 asylum seekers this year, but the number can be updated.

According to the European Asylum Support Office, the number of migrant’s applications for international protection in the European Union, Norway and Switzerland has increased by two-thirds in the first five months of 2015 in comparison to the same period last year.