US Congress Must Launch Investigation Into ‘Black Sites’ – Advocacy Group 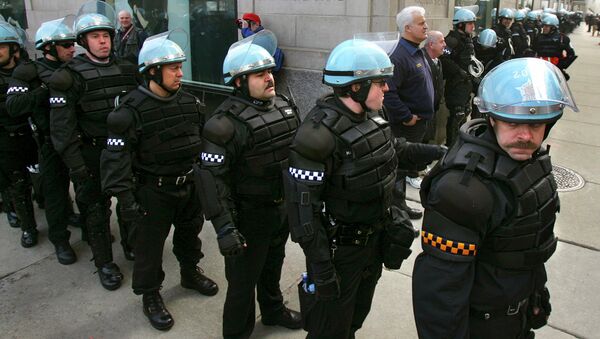 WASHINGTON (Sputnik) – On Wednesday, the Guardian released a report showing at least 3,500 people have been detained at the Chicago ‘Black Site’ Homan Square. The site has been deemed a secret interrogations facility, a charge denied by the Chicago Police Department (CPD).

“Our people are going to go up to the Congress to make them launch full scale investigations into the matter. We need more hearings to see how deep this thing goes.”

Some 82 percent of the detainees have reportedy been African-American.

Chapman said he expects more reports to come out about other illegal detention centers as media investigates further.

“There are probably other sites, because the Central Intelligence Agency and Federal Bureau of Investigation have been notorious, and I cannot believe it is just in the city of Chicago.”

US Faces ‘Epidemic’ of Police Killings Since Michael Brown’s Death

He added that Americans are finally waking up to police brutality against African-Americans.

The secretive interrogation facility was first brought into the spotlight in February, when it was reported the CPD was using an abandoned warehouse at Chicago's Homan Square as a site to interrogate criminal suspects.

Detained suspects have previously told Sputnik they were routinely, illegally, and sometimes violently detained without legal process or medical treatment.

The Chicago Alliance Against Racist and Political Repression is an advocacy group seeking civilian control of the city police, freeing political and innocent prisoners and ending the alleged practice of torture of suspects, according to the organization’s website.