German Eurozone Lingo: One Taxation System for All 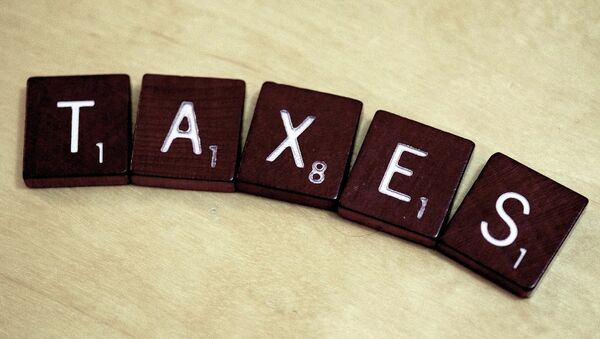 © Flickr / Lendingmemo.com.
Subscribe
The economics of the Eurozone have been laid bare by the recent crisis in Greece. The big boys (and girls) of the European Union, France, Germany and Brussels, were accused of bulling Greece into submission, enforcing harsh austerity measures on Greece in return for a bailout and remaining within the currency union.

But it doesn’t stop there. Between constant bailout negotiations and crisis talks between Brussels and Greece, EU leaders are beginning to think of stricter rules for the Eurozone banks– and its own European tax system.

According to an article published on Speigel Online, President of the European Central Bank Mario Draghi wants stricter rules for the currency union, while French President Francois Hollande is calling for a separate economic government for the Eurozone, which would mean it would have its own taxation system too.

Those who support the idea of a central European tax system say that if it was centrally administered, not one single government could blackmail others. According to Hollande, the Eurozone needs its own finance minister, who could intervene in national budgets.

But it’s not just a proposed centralized tax system the Germans are in favor of for the European Union – but one on the language used in EU documents as well.

A parliamentary body has ruled that German MPs have a constitutional right to have the documents translated into German to "promote and safeguard the German language".

So future documents shared by European Ministers may well include more German words – but it remains to be seen how many arguments of support there are for a separate economic government for the currency union – complete with its own tax system.

This could be seen as round two by many countries of more bullying from the big boys (and girls) of the European Union.