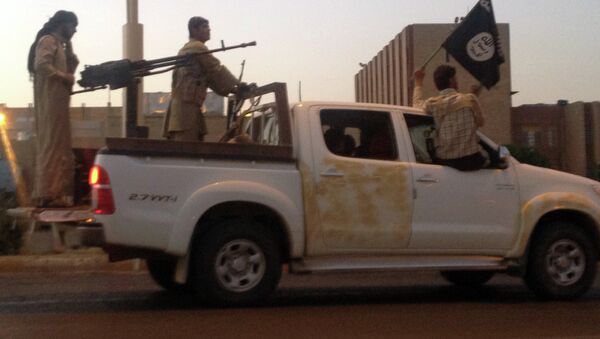 Researches from US Arizona State University used the principles of logic programming and causal reasoning to analyze the sequence and causality of the Islamic State extremist group's activities, a newly released report shows.

One of the Islamic State's tactics revealed in the report is the use of improvised explosive devices and suicide attacks to proceed large-scale infantry operations to distract the Iraqi Army and police.

The group is also believed to use indirect fire bombings and explosive devices in the aftermath of coalition airstrikes.

The scientists used a data-driven approach to analyze 2,200 incidents of ISIL-related military maneuvers, both carried out by the militant group and by the coalition fighting against it.

According to media reports, the study, which is the first publicly available data-based research of ISIL activity, will be presented at a conference next week.