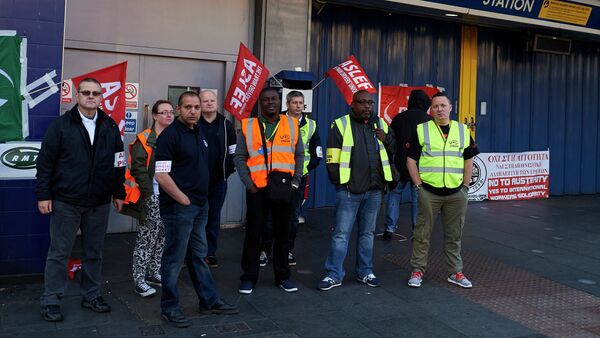 LONDON (Sputnik) – Volunteers have been deployed to help people get around the British capital and extra bus and river services have been running since Wednesday, when the strike started.

"There is no Tube service until Friday morning due to strike action," TfL said on its website, adding that Tube services "are expected to run as normal" on Friday.

According to TfL, 250 extra buses have been running on key routes in London.

London Underground workers started a strike on Wednesday evening, amid a labor dispute with employers over pay and conditions for operating nighttime services.

Labor unions have rejected an offer from the authorities saying it did not include sufficient guarantees on the number of rest days Tube train drivers working night shifts would receive.

This is not the first time that Tube workers are striking over unfair night shift work. In July, the London underground was shut down for 24 hours for the first time in 13 years as train drivers staged a major walkout.

The Tube night service is due to start running in September.