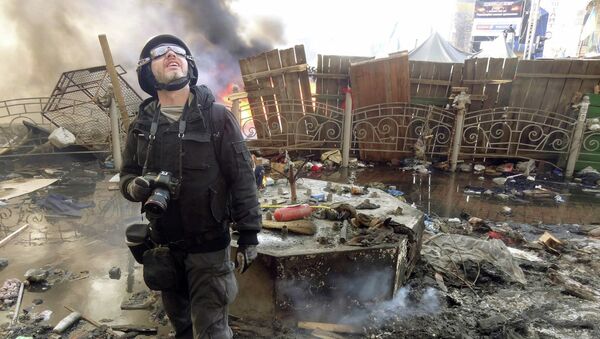 Ukraine is intentionally concealing information on the circumstances of the death of Andrei Stenin, as well as on individuals possibly involved in the commiting the crime, the Russian Investigative Committee said.

Stenin, 33, went missing on August 5, 2014, in war-torn eastern Ukraine while on an editorial assignment. In September 2014, investigators confirmed that he had been killed during shelling by Ukrainian government forces near the eastern city of Donetsk.

"The Ukrainian side is intentionally concealing information on the circumstances surrounding the shelling of the motorcade, in which the Russian journalist was moving, as well as on individuals possibly involved in committing the crime," Markin said in a statement.

The Russian Investigative Committee has sent a request for legal assistance in the criminal case to the respective authorities in Ukraine, the spokesman added. Ukraine has refused to provide any information to the Russian inquiry, a move it has justified by the fact that there is an ongoing pre-trial investigation into the murder being conducted by its own law enforcement.