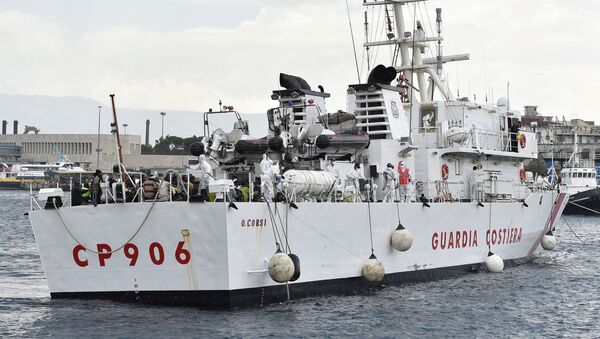 The number of casualties may be as high as 600, sources say.

Hundreds of migrants from Africa attempting a journey across the Mediterranean are feared to have drowned after their overcrowded boat capsized off Libya, Italy's coastguard said Wednesday.

Major rescue operation underway in Mediterranean after a boat carrying ~700 migrants capsized off coast of Libya, @cpgenova confirms to me.

The Italian and Irish navies said their boats were responding to a distress call sent out by the vessel. Captain Donal Gallagher, of the Irish navy, told AP that 150 migrants were spotted in the water and that rescue efforts by several ships were underway. An Italian military helicopter was lowering life rafts, the news agency reported.

The Médecins Sans Frontières rescue vessel Dignity is close to the area to offer first assistance, the Times of Malta reports.

It is likely to be the biggest migrant incident since 850 migrants drowned in a single incident last April.