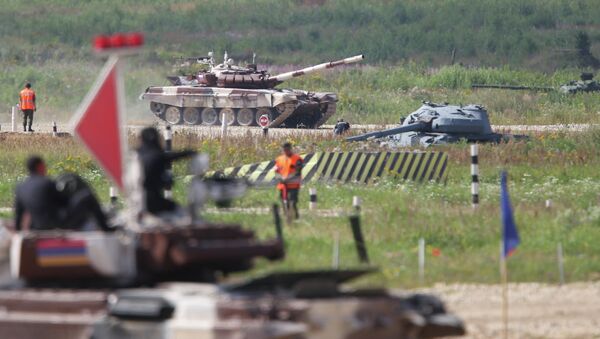 © Sputnik / Vitaliy Belousov
/
Go to the photo bank
Subscribe
Russia's first deputy defense minister said that several contests of the next International Army Games could take place in other countries.

"Today, we have 14 contests, perhaps some of them would take place in other countries. First of all, in the Commonwealth of Independent States, but it is too early to talk about details," Gen. Arkady Bakhin said.

He added that the Russian Defense Ministry was holding negotiations on the issue, in particular, with Kazakhstan, a country that has expressed a willingness to host several contests.

The 2015 International Army Games competition, which kicked off on August 1, has attracted over 2,000 participants from 17 countries.

As many as 11 different locations in Russia are hosting the contest, due to finish on August 15.