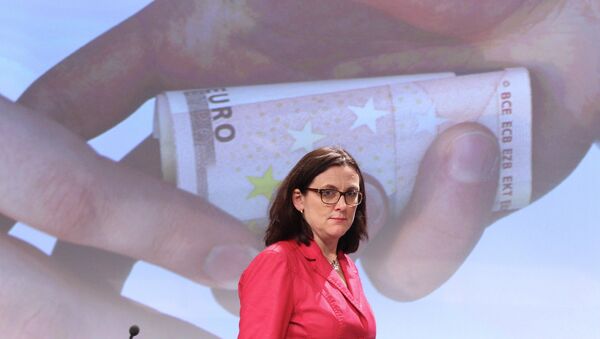 © AP Photo / Yves Logghe
Subscribe
According to the European Commission website, EU has come to a substantive agreement on a trade pact with Vietnam.

Earlier in the day, EU Trade Commissioner Cecilia Malmstrom and Vietnamese Minister of Industry and Trade Vu Huy Hoang had a telephone conversation on the deal.

"Today the EU and Vietnam have reached an agreement in principle for a free trade agreement (FTA), after two and a half years of intense negotiations," the statement read.

According to Malmstrom, the deal is expected to promote bilateral trade and provide impetus for the economic development of other countries in the region.

"We have a deal. This finely balanced agreement will boost trade with one of Asia’s most dynamic economies. It sets a new, better and modern model for Free Trade Agreements between the EU and developing countries, and establishes a good standard for the trade relationship between the EU and South East Asia as a whole," Malmstrom was quoted as saying in the statement.

The text of the agreement awaits finalization by the negotiating teams of both sides. It requires the approval of both the Council and the European Parliament.

Under the agreement, Vietnam will eliminate tariffs and remove practically all of its export duties, streamline trade in telecommunications, transport, postal and courier services. Its market will also be opened to EU investment by the easing or removal of barriers, in particular for food products and beverage manufacture.

In 2014, the European Union was the second trading partner for Hanoi after Beijing, representing 10 percent of Vietnam's total trade. The same year, EU-Vietnam trade in goods exceeded 28.2 billion euro ($30.9 billion), according to the European Commission's data. 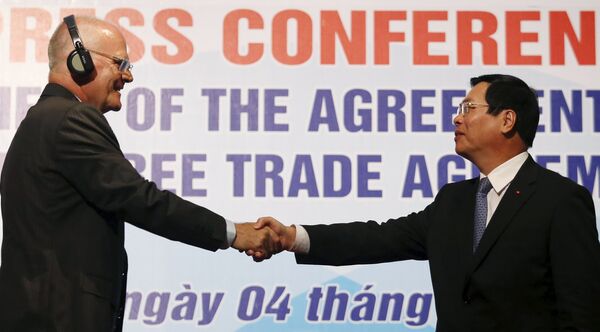