Number of Deadly Police Shootings in US Exceeds 550 in 2015 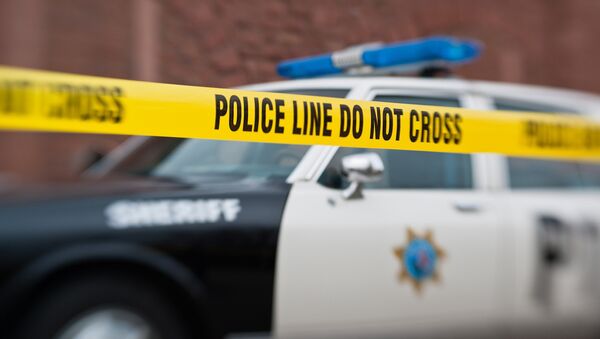 The number of fatal police shootings in the United States has reached 570 this year, The Washington Post revealed Tuesday.

US Police Chases Kill 5,000 Innocent Bystanders Since 1979
MOSCOW (Sputnik) – The publication began gathering data on deadly shootings by law enforcement officials in May, estimating that, on average, more than two people have been shot and killed every day since the start of the year.

The month of July saw the highest number of gunshot deaths at the hands of US police. The 103 people killed last month equates to average of over 3.3 deaths per day.

The racial profile of the shootings tracked by the news outlet was equally divided among white and minority ethnic victims.

When the data was further broken down to account for victims that were unarmed, the newspaper found that 22 of the 58 victims were African-American and 14 Hispanic, or two-thirds of the total unarmed victims.

Broken down by demographics, over half of the police shooting victims were found to be men aged between 25 and 44. Only a third of all the victims exhibited signs of mental illness, whereas these signs were absent or not clearly discernible in the rest of the cases.

Despite thousands of cases of police shootings, only 54 officers have been prosecuted since 2005, according to the publication’s recent analysis.

In the latest case, former University of Cincinnati police officer Ray Tensing pleaded not guilty after being indicted for shooting dead Sam DuBose at his arraignment last week. On July 19, Tensing shot DuBose, an unarmed African-American, in the head after he tried to drive away after being pulled over for an alleged missing license plate.

Police brutality and racial profiling have become a much discussed social issue in the United States.

These deeply ingrained issues and their immediate effects have come under increased public scrutiny through online media and social networks, documenting numerous beatings and killings by police officers of unarmed individuals in the past few years.