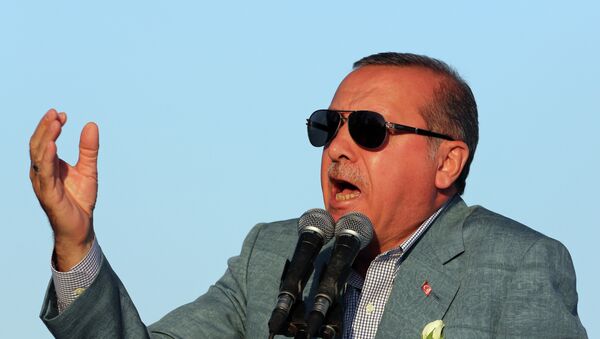 "He [Putin] does not have that initial stance; he is no more at the ‘we are behind [Syrian President Bashar] al-Assad all the way’ point. Actually, I believe that he may give up on al-Assad; he is going in a much more positive direction," Erdogan said quoted by the Hurriyet Daily News.

Erdogan specified that he got this impression after meeting Putin on the sidelines of the first European Games in the capital of Azerbaijan, Baku. The two leaders have reportedly discussed international issues, including Syria.

Despite cooperation in several sectors, including energy, Russia and Turkey have different approaches to the Syrian crisis. While Ankara says that a change of government in Syria is needed to restore peace, Putin has stressed that Russia was ready to conduct dialogue with Damascus to promote Assad's cooperation with the Syrian opposition in conducting political reforms.

Casualty estimates in the ongoing four-year Syrian civil war range from 220,000 to 320,000 people, with over 12 million more displaced.