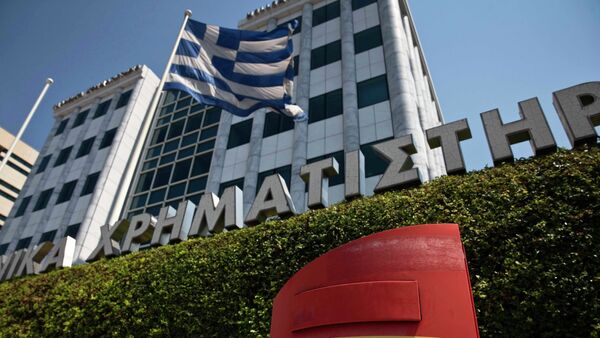 MOSCOW (Sputnik) — The Athens Stock Exchange lost 22.87 percent after the market opened for the first time in five weeks, the BBC said on Monday.

Greek Crisis Deepens as Cracks Appear Within Troika
The five-week suspension was instituted to prevent the Greek banking system from collapsing.

Greece's total state debt currently stands at $350 billion, of which some $270 billion is owed to its main international creditors, the European Central Bank, the International Monetary Fund and some eurozone countries.

Greece is currently negotiating a third bailout package, worth $95-billion, to be granted to the country by its international creditors over the next three years in exchange for economic reforms. The talks are expected to last until August 12.