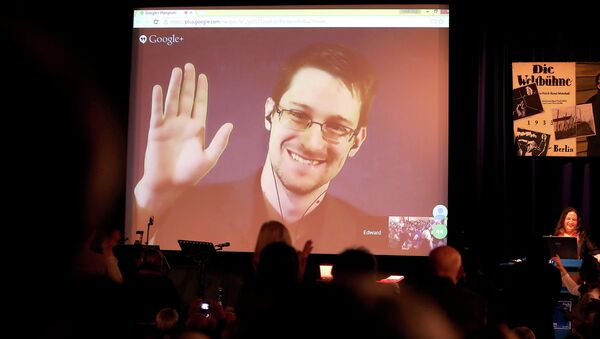 “The second book will be published in September. It is currently in the publishing house and they’ve already sent the cover,” Kucherena said.

The second part of the trilogy, Children of Cain, is a psychological and political thriller based on Snowden. The book gives the history of an American informant, Joshua Cold, who is a character similar to Snowden and being followed by the government. The book will most likely be translated into several languages, Kucherena said.

Kucherena has sold the book rights to make a movie to Hollywood’s Oliver Stone.

Hollywood’s Oliver Stone will soon announce the date and location of his premier of a movie based on former US National Security Agency whistleblower Edward Snowden, Snowden’s lawyer said.

“There will soon be a meeting with Oliver Stone and Moritz Borman, the film’s producer, where we’ll discuss the issue of where the premier will be shown. I think that the premier will most likely be in Russia, but a decision will be made during the meeting,” Anatoly Kucherena said.

Kucherena, who is the author of the trilogy on the life of Snowden, sold the movie rights of the first book, Time of the Octopus, to Stone. The lead role is played by Joseph Gordon-Levitt. Nicholas Cage also plays a role in the film.

Kucherena said there has been much interest in many countries that want to show the film and are ready to purchase the rights. Kucherena did not reveal the countries that are interested, however.

According to Kucherena, Stone hold priority rights for the filming of the following two parts of the trilogy, Children of Cain and Kiss of Judas.

“Our contract gives priority rights to Stone on the following books. If he doesn’t want to film the sequels, then I can offer the book to someone else, but he has the priority,” Kucherena added.

Time of the Octopus was published in Russian and English in March of this year. Children of Cain will be published in September.