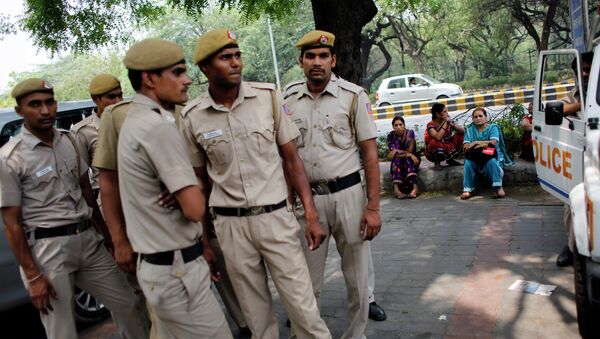 India finalized on Saturday the National Counter-Terror Framework to tackle the growing influence and threat posed by the terror group Islamic State in the country, sources in the Indian Ministry of Home Affairs told Sputnik.

Japanese Twitter Fights ISIL With Anime Girl
NEW DELHI (Sputnik) — The mechanism will counter radicalization of young people in the vulnerable states of India through the social media analysis system, that will monitor platforms for terror links and other related work.

Earlier in the day, the Ministry of Home Affairs convened a high level meeting to raise the Indian government's awareness of the existing and emerging threats to the national security.

The politicians agreed on further streamlining the institutional mechanism for sharing information and strengthening the capacity building of police officers through training programs.

The Islamic State is a jihadist militant group, which has seized large territories in Iraq and Syria. It is known for recruiting young people from all over the world using largely social media.

Some 20,000 to 30,000 foreign fighters are fighting alongside extremists against government forces in Syria and Iraq, according to various estimates.