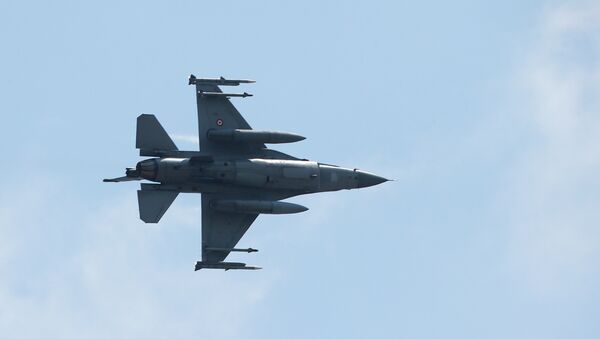 Turkish airstrikes have killed about 260 of the Kurdistan Workers Party (PKK) and injured up to 400 more in northern Iraq, local media reported Saturday.

MOSCOW (Sputnik) – The 12-hour campaign involving 28 F-16 fighter jets destroyed over 65 targets, including ammunition depots and underground shelters, according to the Anadolu Agency.

The outlet added that one of those injured in the aerial strikes was Nurettin Demirtas, brother of the pro-Kurdish Peoples’ Democratic Party (HDP) chairman Selahattin Demitras.

Ankara launched a two-front military campaign last week against Islamic State jihadists in Syria and the PKK in northern Iraq, in response to an unprecedented escalation of violence across southern Turkey.

The campaign led to the termination of Turkey’s two-year ceasefire with the PKK.

On Friday, Turkish Prime Minister Ahmet Davutoglu pledged to continue the anti-PKK strikes until the group designated as a terrorist organization by Ankara laid down its arms.