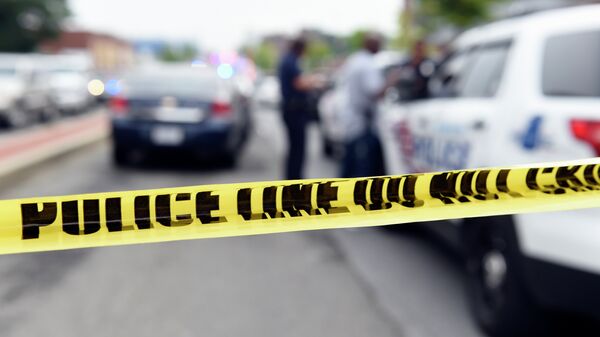 © AP Photo / Susan Walsh
Subscribe
International
India
Africa
The family of an unarmed teenager who was shot in the back and killed by police last week is speaking out against the officer’s claim that the shooting was in self defense.

Ohio Cop Who Shot Unarmed Black Man in Head to Face Murder Charges
Police claim Zachary Hammond, 19, was driving a woman to meet an undercover officer with whom the woman had arranged a marijuana sale.

According to their report, an officer exited his marked police vehicle with his gun drawn, which they say is standard procedure for narcotics arrests.  Seneca Police Chief John Covington claimed that Hammond then drove directly at the officer, and that two shots were fired into Hammond’s open driver’s side window at point blank range.

However, Eric Bland, the attorney for the family, has stated that this scenario is simply not possible.

“It is clearly, clearly from the back,” Bland told Greenview Online. “It is physically impossible for him to be trying to flee or run over the officer that shot him.”

The autopsy showed that the first shot went into the back of Hammond’s left shoulder, which threw him forward in the car, and that the second one went in at a downward angle into his side from the rear, through his heart and lungs and exiting his body out his lower right side, Greenview online reported.

“The shots were so close in proximity to each other that it would be physically impossible unless the car was stopped and the officer came up very close to an open window,” Bland told the paper.

Still, the department maintains their story, despite the evidence provided from the autopsy.

According to KilledByPolice.net, a website which tracks cases of people being killed by law enforcement, Hammond was the 665th person to be killed by police since the first of the year, and the 29th person to be killed in the state of South Carolina alone.  At the time of publication, there have been 13 more people killed by law enforcement in the United States since his death just five days ago.

The officer who shot the unarmed teenager has been placed on administrative leave.  The city and the officer have both hired attorneys regarding this case.