Untold Story of Alaska Purchase: Why Did Russia Sell Its Stronghold to US? 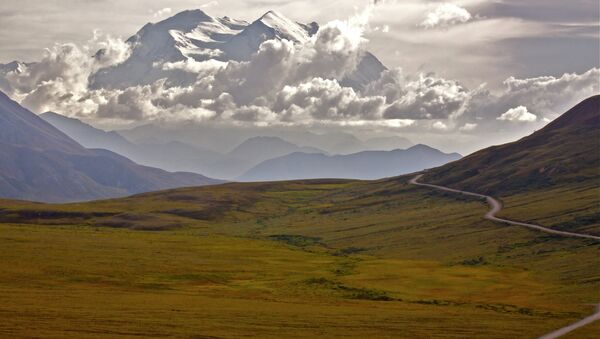 © Flickr / Teddy Llovet
Subscribe
International
India
Africa
Ekaterina Blinova
All materialsWrite to the author
There is still a lot of controversy about Alaska's cession to the United States by Russian Emperor Alexander II; some experts call the treaty in question, suggesting that Alaska may hypothetically be returned to Russia.

The real story of the cession of the Russian Possessions in North America — Alaska — by "his Majesty the Emperor of all the Russians" Alexander II to the United States of America is still shrouded in mystery.

World
When Russia Ruled Alaska: Marking 148 Years of Historic Property Deal
The Treaty of Cession of Alaska was inked 148 years ago, on March 30, by Russian and American plenipotentiaries: the Privy Councillor Edward de Stoeckl and US Secretary of State William H. Seward, respectively.

The Russian Possessions in North America — almost 586,412 square miles of land — were sold for just $7.2 million in gold (or about $114 million in today's money), or, in other words, at approximately two cents per acre.

At first glance, the deal seems ordinary: sixty years earlier the United States acquired the Louisiana territory (828,000 square miles) for a total of sixty-eight million francs or less than three cents per acre.

However, the Alaska Cession Treaty still prompts a lively debate among Western and Russian experts. Some Russian researchers even go so far as to claim that Alaska was not sold, but leased for 99 years; others point to the fact that the sum of the deal was very small.

The circumstances of the purchase were also surrounded in controversy. Some researchers point out that the Russian Treasury had not received the money for Alaska, narrating that Orkney, the vessel that transported the American gold to Russia, sank in the Baltic Sea.

Still, the question remains open why the Russian Emperor decided to sell territories which Russians had been developing for 126 years.

How the Russian Fleet Saved the Union in American Civil War

One of the versions states that the deal was fake: the cession of Alaska was a way to officially recompense Russia for its aid to the United States during the American Civil War (1861 — 1865).

Remarkably, the story of Russian military assistance to the Union and Abraham Lincoln still remains largely untold. However, it was the alliance between President Lincoln and Russian Emperor Alexander II that dealt a lethal blow to the British strategic plans and contributed substantially to the victory of the North.

"The two great interlocutors of Union foreign policy were Great Britain and Russia, and the geopolitical vicissitudes of the twentieth century tended to distort perceptions of both, minimizing the importance of both British threat and Russian friendship," American historian and author Webster Griffin Tarpley emphasized. 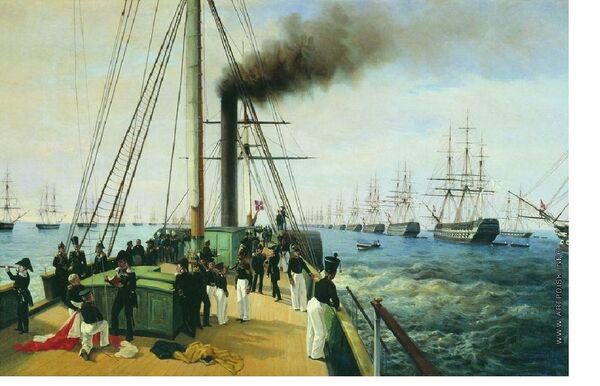 Tarpley narrated that Great Britain plotted the invasion of the United States, considering bombarding and burning both Boston and New York. Predictably, Great Britain (joined then by France) wanted to take advantage of the American internal turmoil to regain control over its former colony.

In order to ruin Franco-British plans, Russia sent its Navy to protect the Union from the foreign intervention.

Russian, US Pilots Meet Up in Alaska as Part of Historic Lend-Lease Route
The historian underscored that these warships were also "the tokens of the vast Russian land armies" which could have been thrown to a number of fronts including the northwest border of British Indian colonies. The British quickly realized that they would pay a huge price if they were to attack the Union.

The North was grateful to Russia for its military aid and political support. "God bless the Empire that loves the Great Union Strength to her people!" wrote famous American writer Oliver Wendell Holmes praising Russians.

So, what about Alaska? Since the concept that the cession of Alaska to the United States was fake has no documentary evidence, there should be other explanations for such a strange move.

According to an official version, Russia decided to sell its North American territory because: a) the Empire was exhausted by the Crimean War of 1853-56 and could not support its American colonies; b) the Emperor feared that the British may seize Alaska in some future conflict; c) Russians feared that Americans could penetrate into Alaska and the Empire would lose its territories without compensation.

However, Russian historian and publicist Ivan Mironov claims that the official version bears no relation to reality.

Indeed, the events of the American Civil War had clearly indicated that Russia was able to effectively counterbalance the British threat by using Central Asian footholds to deter British Indian colonies and at the same time blocking the British fleet in the Pacific and Atlantic oceans.

Treasury Warrant in the Amount of $7.2 Million for the Purchase of Alaska
© Photo : blacksmithandmachineshop.com

The argument that Russia feared the American penetration into Alaska does not look convincing either: the Russian Empire and the United States enjoyed a "special relationship" and had lots of shared political and economic interests.

The assumption that Russia decided to cede its American territories because it was in a difficult financial position after the Crimean War and could not support it is also falling apart at the seams.

In his book "Alaska Betrayed and Sold: The History of a Palace Conspiracy" Ivan Mironov provided a careful analysis of Russian archival documents and revealed that the Russian government did not spend one "kopeyka" from the state budget on its North American territories. All the burden of financial spending had been carried by the Russian American Company, the country's first joint-stock entity founded in 1799.

Russia
Free to Go: Alaska and Chukotka Introduce Visa-Free Travel
The Ukaz (Order) of 1799 granted the company a monopoly over trade in Russian America. In more than half a century "under the Supreme Patronage" of Russian Emperors the company explored the territory, carried out trade, conducted scientific research, established close ties with the Alaskan native population, built schools and Christian Orthodox Churches.

Remarkably, the company was not only recouping its costs but also bringing substantial profits to the Empire, Mironov underscored, adding that the company's cumulative income amounted to about one million rubles. Moreover, it funded Russian round-the-world expeditions and provided Alaska with effective military protection.

The Russian American Company and its Alaskan stronghold played a significant role during the Crimean War. When the French Navy forces imposed a blockade of Russia's Far East bases, particularly Petropavlovsk-Kamchatsky, the company supplied the Russian Far East from Alaska.

It is worth mentioning, that Russian top officials, thought leaders and military strategists had repeatedly highlighted the geopolitical importance of Alaska: the foothold in North America allowed Russia to maintain control over the northwest Pacific and facilitated Russia's political and economic development for decades to come.

So, what was the root cause of the inexplicable decision to sell Alaska? The historian deems that it was greed and corruption.

In 1857 Grand Duke Konstantin, a younger brother of Emperor Alexander II, kicked off a plan aimed at the cession of Alaska to the United States. Since the Russian American Company was considered the main obstacle to the plan, Grand Duke Konstantin had made every effort to ruin the company, using various measures including what we now call an "information war." After years of pressure the company saw substantial financial losses and its holders were deprived from the right to rule it.

US Military to Hand Famed Alaska Military Site Over to Civilian Operators
Only six people in the Russian government were aware of Konstantin's plan, the historian underscored. This narrow circle urged the Emperor to sell Alaska, referring to the bankruptcy of the Russian American company and a "heavy burden" of spending the Empire had to bear to support its North American possessions.

The cession was shrouded in secrecy and the text of the Treaty had long not been published. Mironov dismissed the myth that the American gold sank somewhere in the Baltic Sea. Citing archival documents, the historian claimed that in accordance with the deal the money had been transferred to European banks, and then went to companies affiliated with Grand Duke Konstantin. Eventually, Russia's Treasury got almost nothing for Alaska, Mironov emphasized. 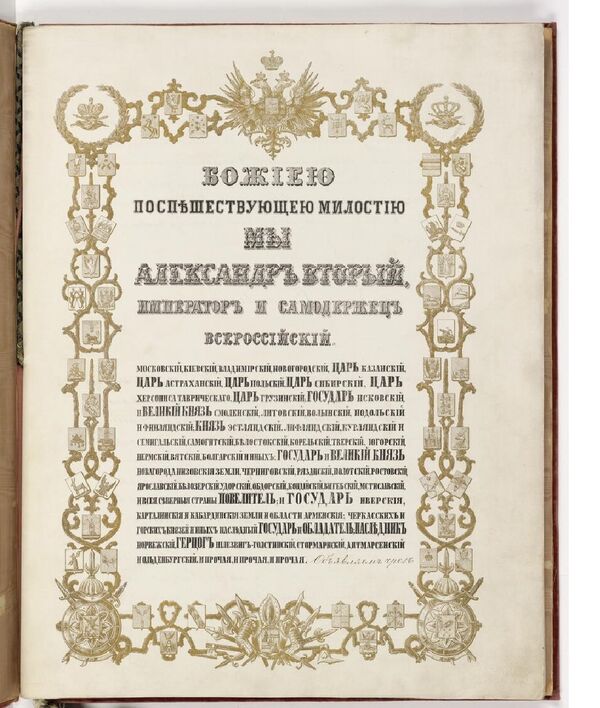 The first page of Tsar Alexander II's ratification of the treaty.
© Photo : imgsmail.ru

The historian stressed that private holders of the Russian American Company, who invested in Alaska over more than half a century were left out in the cold. Their assets were handed to the United States, while the company received no compensation.

The Treaty was illegitimate, since it seriously violated the Code of Laws of the Russian Empire, Mironov believes. According to the historian, descendants of the Russian American Company holders could potentially upset the deal and restore justice.

Mironov remarked that there is one peculiar flaw in the Treaty: the cession agreement does not contain the Russian traditional formulation "from here to eternity" that would refer to the fact that Alaska was ceded "forever" to the United States. That means that one day Alaska may be returned to Russia, the historian hinted.