Russia Receives Request to Establish Analogue of ECHR in Eurasia 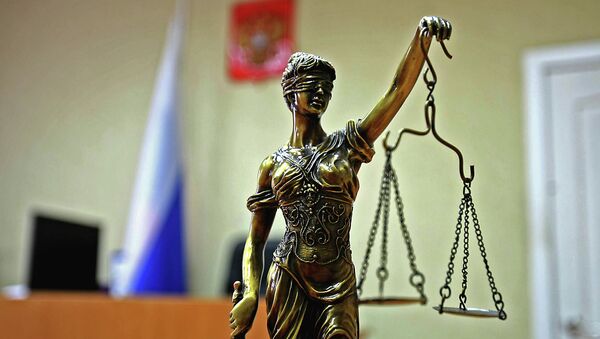 © Sputnik / Pavel Komarov
Subscribe
The Russian Foreign Ministry and Ministry of Justice have received a proposal on the establishment of a Eurasian Court of Human Rights, Izvestiya newspaper reported Friday.

Russian Constitutional Court to Rule on All ECHR Decisions
MOSCOW (Sputnik) — The proposal was made by the chairwoman of the Commission on Development of Public Diplomacy and Support of Russian Compatriots Abroad, Elena Sutormina, following a recent deterioration of relations between Russia and the West.

According to Sutormina, international events during the previous year once again clearly demonstrate that the European Court of Human Rights (ECHR) "applies double standards and biased approaches to claims supplied by Russia."

"Given the importance of the formation of a multipolar world based on the principles of fairness and equality, as well as the dynamic development of cooperation between Russia and many Asian nations, it is appropriate to create an alternative structure for human rights in the Eurasian region," the text of the appeal addressed to the Russian ministries reads, as quoted by Izvestiya.

Sutormina, the author of the appeal, specified in a letter to Foreign Minister Sergei Lavrov that a preliminary discussion of the proposal could take place at a meeting of Russia and China's leaders in Beijing, scheduled for September 2015.

Recently, Russian politicians have criticized the ECHR for being biased and politicized.

ECHR Upholds $2.4Bln Compensation for Yukos Shareholders
In July 2014, Europe’s top human rights court ruled that Russia must pay about $2 billion to Yukos shareholders. This prompted France and Belgium to freeze certain assets of the Russian state earlier in the summer, which were later unblocked. The Russian Justice Ministry said it would not honor the ECHR ruling because compliance would put the ministry in breach of Russia’s constitution.

Earlier in July, Speaker of the Russian lower house of parliament (State Duma) Sergei Naryshkin stressed the necessity of assessing current international law, adding that modern standards are being ignored by many world politicians.