Google Challenges 'Right to Be Forgotten' Ruling in France 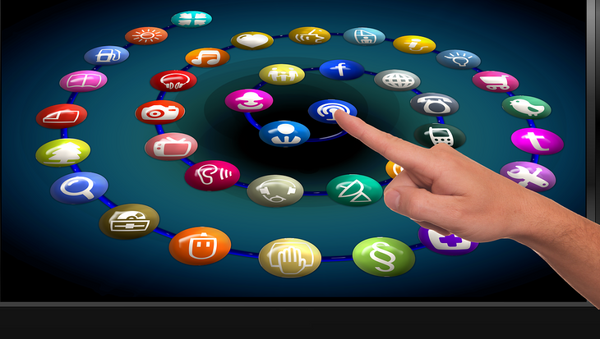 © Photo : Pixabay
Subscribe
International
India
Africa
All-pervasive search engine giant Google is challenging the French data watchdog, the CNIL, over its ruling that removal of personal data under the 'Right to be forgotten' rule should apply to all Google domains and not just local ones, such as Google.fr.

The 'Right to be forgotten' rule came about after a Spanish citizen lodged a complaint, in 2010 at the European Court of Justice, against a Spanish newspaper, Google Spain and Google Inc. He complained that an auction notice of his repossessed home on Google's search results infringed his privacy rights because the proceedings concerning him had been fully resolved for a number of years and hence the reference to these was entirely irrelevant.

The court ruled that individuals have the right — under certain conditions — to ask search engines to:

"…remove links with personal information about them. This applies where the information is inaccurate inadequate, irrelevant or excessive."

Since the ruling, the CNIL has received hundreds of complaints following Google's refusal to carry out delisting on all Internet links and called on Google to carry out the delisting of several results and expressly requested that the delisting should be effective on the whole search engine, irrespective of the extension used (.fr,.de,.es,.uk,.com, etc.).

Although the company has granted some of the requests, delisting was only carried out on the European extensions of the search engine and not when searches are made from "Google.com" or other non-European extensions.

Google responded Friday by blogging that it was contesting the issue, saying it would only delist of European domains and not on other international domains, such as Google.com. This would mean that personal data removed under the 'Right to be forgotten' ruling would still be available outside of European legal jurisdiction.

"According to the CNIL, the decision of the ECJ requires the search engine to remove the offending information of all search results, not just those resulting from research on a European version of the engine."

Google went on to say that agreement to CNIL's request "may have a serious deterrent effect" on the web.

Science & Tech
France Gives Google 15 Days to Expand ‘Right to be Forgotten’ Worldwide
It believes that "no country should have the power to control the content that someone in another country, can access," and stresses that in the French case, extending the right to dereference on a global scale would be "disproportionate" to the extent "the vast majority of Internet users," operating "a European version of the search engine."

The CNIL said it would look at Google's response, but warned that it could yet fine the tech giant $164,000.

Privacy campaigners are already challenging Google over the stealthy installation of an audio-snooping code onto its Chromium browser — behind Google Chrome — capable of listening to users and of being activated on computers without their permission.