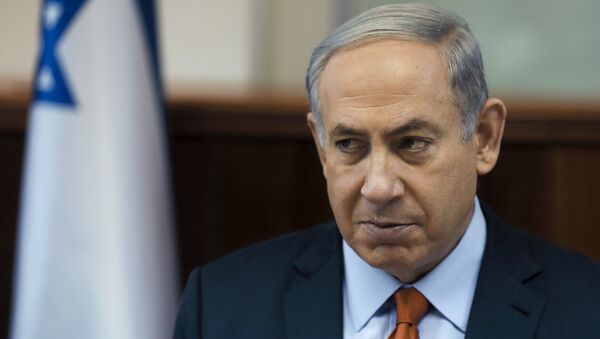 Israeli Prime Minister Benjamin Netanyahu has requested the capture of those responsible for a deadly fire set in Palestinian homes in the West Bank, Prime Minister's press service said Friday.

TEL AVIV (Sputnik) — Earlier on Friday, the Haaretz newspaper reported that a one-and-a-half-year-old Palestinian child was killed and his three relatives seriously injured after two masked men – allegedly Jewish extremists — threw firebombs into two houses in the village of Douma in the West Bank.

“I am shocked over this reprehensible and horrific act. This is an act of terrorism in every respect… I have ordered the security forces to use all means at their disposal to apprehend the murderers and bring them to justice forthwith,” Netanyahu said, quoted in the statement.

He also expressed condolences for the family on behalf of the citizens of Israel.

Palestinians seek the recognition of their independent state on territories of the West Bank, including East Jerusalem and the Gaza Strip. Israel occupied these territories in 1967.