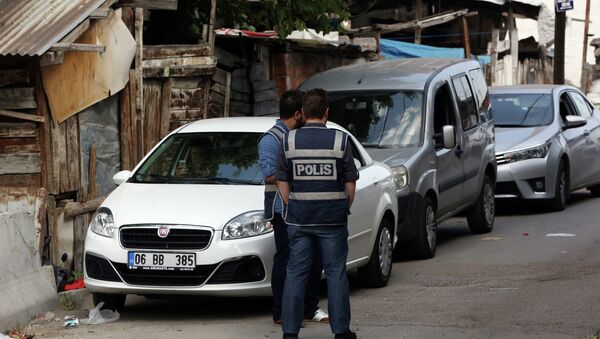 Following the attack, an operation was launched to capture the attackers, TRT stated.

The PKK group, an organization formed in the 1970s to assist in Kurdish self-determination and now outlawed by Turkey, is engaged in an escalating cycle of violence exacerbated by last week's Ankara offensive. The Friday killings are the latest in a spike of unrest as Turkey carries out a bombing campaign against targets of the Islamic State (ISIL) jihadists in Syria and PKK militants in northern Iraq.

Ankara began its anti-terrorist campaign against ISIL and PKK last week in response to terrorist attacks conducted by the two blacklisted groups.

At least 13 members of Turkish security forces have been reported killed in attacks blamed on the PKK since the start of the current crisis.