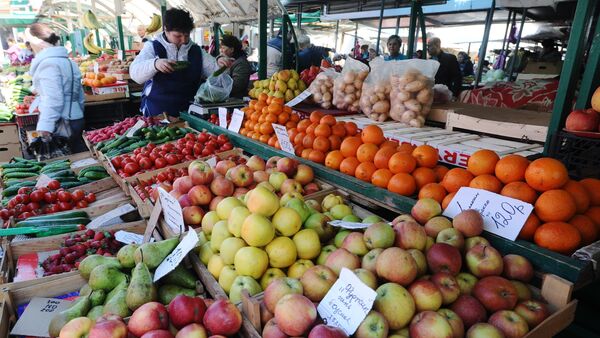 The sanctions regime, according to the chairman of the German Committee on Eastern European Economic Relations (Ost-Ausschuss), is not working and is "full of holes." Therefore, there is no need to uphold it.

"Sadly, we have to assume that we will have to work under sanctions for a while. But it is already clear that neither the EU, nor Russians are interested in escalating the conflict. All the parties, including Ukraine, are hurt in the present context," he pointed out. "We hope that soon this deadlock could be resolved," he added.

Meanwhile, some of the German businesses are on the verge of collapse due to the restrictive measures imposed by the West on Russia without any sound reason.

"Major corporations can carry on even with sanctions present but they still struggle. Some firms saw their exports drop by 60 percent and they try to enter new markets. But small companies have found themselves in a situation which threatens their existence," Cordes noted.

Europe's Discontent Over Anti-Russia Sanctions Grows – Official
Russia's pivot to Asia has long been a major concern for its business partners. Moscow's increasingly closer ties with China "could not possibly be in Germany's geostrategic or economic interests," Cordes asserted.

The strategy of ignoring and isolating Russia is obviously not working and should not be pursued, according to Norberg. Washington's policy towards Russia only forces Moscow to seek new alliances, for instance with China, which is not in the interest of the United States, he asserted.

000000
Popular comments
The word "ass-" seems to have been missed out of the headline, prior to the word "holes".
Neil McGowan
31 July 2015, 10:45 GMT1
000000
A viciously destructive game, enforced by an economically ignorant alliance, which hurt and destroy the livelihoods and futures of ordinary people. I was going to make the usual comments ... but quite frankly, its a waste of time, as if Germany and EU business heavyweights don't have the good old fashioned sense and guts to stand together and "kill" what's destroying their business and their economies without further ado, its clear in the long run that they too are behaving like suicidal fools, acting as selfishly and uncaring as their leaders. Russia did not initiate sanctions and if only there was honesty mixed with a dose of healthy courage, German and EU business would not tolerate sanctions for a minute longer!