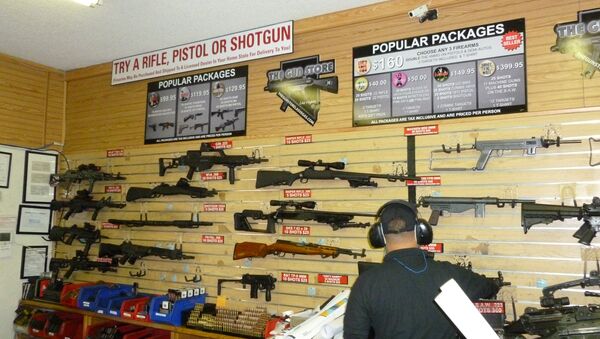 “What we found is that the effort to comprise criminals of a gun typically ends up making it difficult or impossible for the good guys to legally have a gun,” Pratt said.

Under US federal law, a background check must be completed within three days of an attempted firearm purchase.

The Federal Bureau of Investigation had revealed flaws in the national background checking system for purchasing weapons while investigating the case of Dylan Roof, who fatally shot nine people at a church in Charleston, South Carolina on June 17.

US Should Block High-Risk Individuals from Easy Access to Guns - Activist
US legislators stated that thousands of weapons have been sold to people who would have failed a background check if a retailer had insisted on completing it.

Many firearm dealers complete a “default sale,” before the buyer’s 72-hour background check is completed, regardless of whether or not the purchaser is a criminal, they stated.

However, Pratt opposed the idea of gun control laws.

“If there’s one thing that desperately needs to be changed, it’s the elimination of gun free zones, unless they are going to do something the way they do at the airport, where they have electronic security,” Pratt added.

“In Alaska, after ten years of this legislation being on books, their violent crime rate actions went down rather considerably,” he said.