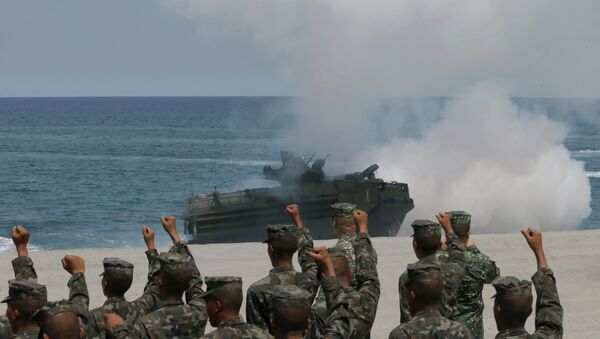 China has repeatedly urged Washington not to take sides in the escalating maritime dispute over the disputed islands but the US Navy and Air Force have been provoking China by their forays and routine surveillance flights.

The United States has also stepped up military contacts, including drills, with regional allies such as the Philippines, which also has claims in the South China Sea.

Asia
China Urges Japan to Stop Creating Antagonism Over S China Sea Dispute
The US has been hyping up the “China threat” and attempting to propagate conflict between China and other claimant countries, Defense Ministry spokesman Yang Yujun said in a news briefing.

“China is extremely concerned at the United States' pushing of the militarization of the South China Sea region,” he said.