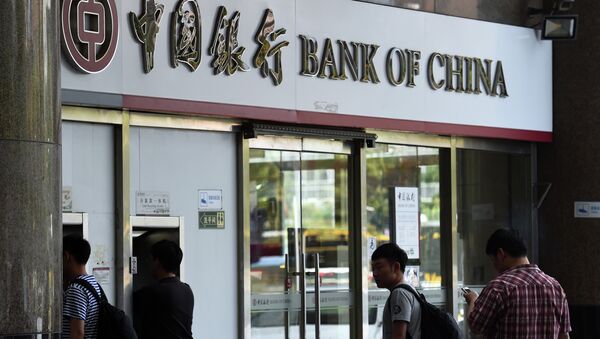 © AFP 2021 / Greg BAKER
Subscribe
China and Latin America are developing a new bilateral approach based on trade and investment.

China has become an essential source of growth for Latin America. The value of bilateral trade grew 22 times between 2000 and 2014. Last year, two-way trade hit 263.6 billion US dollars and China's investment in the region also went up to more than 80 billion dollars.

China to Allocate $50Bln to Brazil for Infrastructure Projects - Deputy FM
Six months ago Beijing held a two-day forum with the leaders of the Community of Latin American and Caribbean States (CELAC in Spanish), a 33-country bloc. During the forum the Chinese President Xi Jinping pledged that Chinese direct investment in Latin America would reach $250 billion over the next decade while predicting that annual bilateral trade could hit $500 billion, reports Strategic Culture.

This business alliance has also contributed to the political change in China-Latin America ties. Countries like Brazil, Chile and Peru, represent most of South America and China makes up their first commercial partner.

As for Latin America as a whole, China is its second commercial partner, slightly behind the US. Even Central America and the Caribbean which just decades ago were within the grip of US hegemonic influence are now recognizing Beijing as their closest ally in Asia.

Likewise, as some SCO member partners do, several South American countries are replacing the US dollar in bilateral trade by using their local currencies and the Chinese yuan.

The most recent agreement signed in May, between Chile and China established that Chile's central bank and the People's Bank of China are clearing a path for the use of the Chinese yuan in South America, including a swap agreement about to facilitate exchanges of a maximum of 2.2 trillion pesos ($3.6 billion) for three years.

Furthermore, Chinese president Xi Jinping has proposed increased connectivity between BRICS and South America. Ufa’s BRICS declaration in July 2015 proclaimed that New Development Bank (NDB) “shall serve as a powerful instrument for financing infrastructure investment and sustainable development projects in the BRICS and other developing countries and emerging market economies.”

Whether Beijing has the intention to compete with Washington for a greater sphere of influence in the South American region remains unclear but unavoidably it will significantly weaken the US influence in the subcontinent.