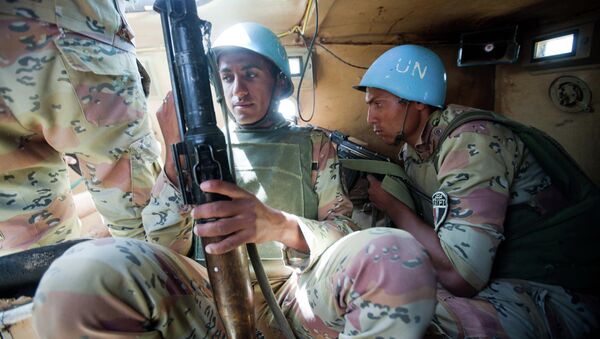 MOSCOW (Sputnik), Svetlana Alexandrova – Egypt strongly believes that its participation in the International Army Games-2015 in Russia will contribute to the strengthening of technical-military cooperation between the two countries, an Egyptian Embassy defense attache told Sputnik on Thursday.

"We have a deep belief that our participation in it [Army Games-2015] will improve our bilateral military cooperation with Russia," Colonel Walid Hegazy Mohamed said.

The games are being organized by Russia’s Western Military District between August 1 and 15. According to the Defense Ministry, the competition will feature 13 contests.

Moscow Hopes NATO Participates in Future Army Games
Egypt plans to participate in two contests — Masters of Air Defense and Safe Route, he said, stressing that Egypt may broaden its participation in the competition next year.

The embassy official emphasized the importance of the event and thanked Russia for its professional organization.

Sixteen countries will participate in the International Army Games-2015, in addition to Russia itself. Participating nations include China, India, Venezuela, Belarus, Egypt, Kuwait, Pakistan, and Armenia, among others.