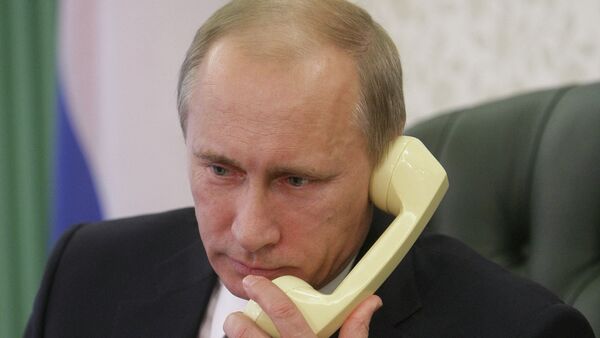 On July 14, Iran and the P5+1 group, comprising China, France, Russia, the United States, the United Kingdom and Germany, reached an agreement to ensure the peaceful nature of Iran's nuclear program in exchange for the easing of sanctions against the country. Under the deal, Tehran pledged to never attempt to acquire nuclear weaponry.

Israel, however, has long opposed the negotiations with Iran, stating that any concessions to Tehran threaten regional security.

“Putin has stressed that the agreements that have been reached… establish effective safeguards of exclusively peaceful nature of the Iranian nuclear program,” the Kremlin statement reads.

According to the document, Putin also expressed certainty that the successful implementation of the deal’s Joint Plan of Action will “strengthen the regime of nuclear nonproliferation and have a positive impact on security and stability of the Middle East region.”

The phone conversation was initiated by the Israeli side, the press service specified.

“The President of Russia stressed the need for joint efforts by all parties concerned to combat the threats from the Islamic State terrorist group,” the statement said.

ISIL is a violent fundamentalist organization that has seized large areas in Iraq and Syria, committing many human rights atrocities. A US-led coalition of more than 60 countries has been conducting airstrikes against ISIL positions since August 2014.

Russia has deemed the efforts of the international coalition to be “inefficient.”

The two leaders agreed to continue their bilateral contact.