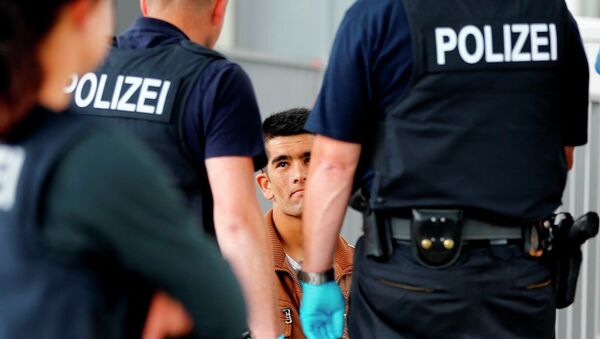 With a bloody civil war being fought between government forces, rebel militia and jihadists groups, Syria is considered by many to be the most dangerous place on earth. However, the rise in anti-immigrant attacks in Germany has led some to risk their lives and return to Syria to escape the violence.

Some asylum seekers, who have settled in Germany, have become fed up with the rise in xenophobic threats and violence, so much so that they have decided to return to Syria.

"I want to return to Syria — very afraid here," a 27-year-old Syrian man by the name of Taher told AFP.

Since arriving in Germany from Syria one month ago, Taher said he has been subject to constant threats and violence, including an incident where he was attacked by a group of people, who pulled him from a car and beat him.

As a result, he has decided to withdraw his application for political asylum and return to Syria, despite the daily threat of death or injury posed by the country’s four-year long civil war. 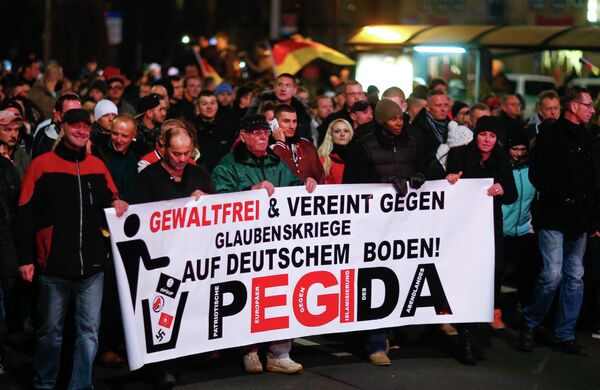 Participants hold a banner during a demonstration called by anti-immigration group PEGIDA, a German abbreviation for "Patriotic Europeans against the Islamization of the West", in Dresden December 15, 2014
© REUTERS / Hannibal Hanschke

Taher said although he was scared for his safety in Syria, he is even more frightened about what might happen to him in Germany.

The fact that some people are willing to return home to a war-torn country like Syria instead of living in one of the EU’s most powerful countries like Germany has raised serious alarm bells over the violent nature of attacks against asylum seekers.

Germany has received one of the highest numbers of immigrants from war-torn Middle Eastern countries in recent times, with many towns and cities unable to cope with the increased influx of people.

#Asylumseekers — Refugees from war-torn Syria claim racism in Germany is so extreme they want to GO HOME as… http://t.co/J9syGbYjSD

While many local towns and regions are struggling to provide basic services for refugees, the increase in asylum seeker numbers has also sparked a highly concerning rise in xenophobic rhetoric among some parts of the population, leading to attacks on foreigners.

#Germany: 100s of asylum seekers arrived in #Dresden this weekend, many of them from #Syria. pic.twitter.com/vCo4Dav1VS

The German Interior Ministry recorded 173 incidents of right-wing criminal violence against asylum seeker accommodations — three times as many incidents as the same time last year, while there has been several arson attacks on refugee housing, along with other violent incidents such as public bashing.

The Return of 'Ugly Germany'

While the majority of Germans are regarded to be among the most sympathetic in Europe and supportive towards asylum seekers, there are major concerns about various extremist groups operating within the country, amid fears they may be increasing in popularity.

Far-right and neo-Nazi movements have engaged in attacks on asylum seekers, in a worrying concern that elements of Germany’s troubled past may be re-emerging.

This increase violence directed towards asylum seekers has led many in Germany to pose the question of whether the 'ugly Germany' has returned.

Authorities have struggled to get a grip and combat Germany’s xenophobic elements, with the country’s reputation for being one of the world’s most tolerant being called into question, as some people consider themselves to be safer in Syria than Germany.