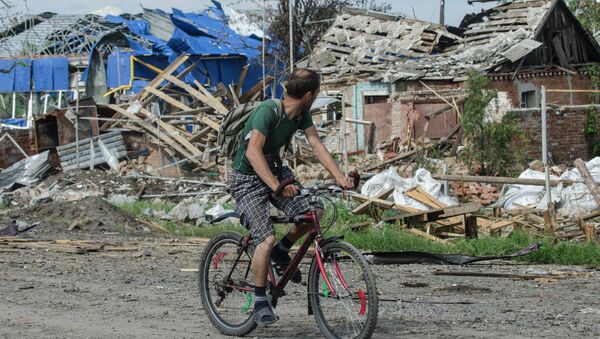 © AP Photo / Evgeniy Maloletka
Subscribe
The Ukrainian authorities are waging a war not only against the militias: they also have to fight against corruption, propaganda, unemployment and economic crisis in the country, the Polish publication Kurier Wilenski wrote.

EU Policy Fueling Civil War in Ukraine – German Minister
“Who remembers a country called Yugoslavia? I think most of the young people are already struggling to recall that this country had been on the map of Europe once. I bring up Yugoslavia because I really hope that after a while we won’t have to remember that there once was a state called Ukraine. The existence of Ukraine right now depends on the wisdom, patience, tact, inclination to compromise and willingness to negotiate of all those who make decisions on the territory of Ukraine,” the Russian prime minister said.