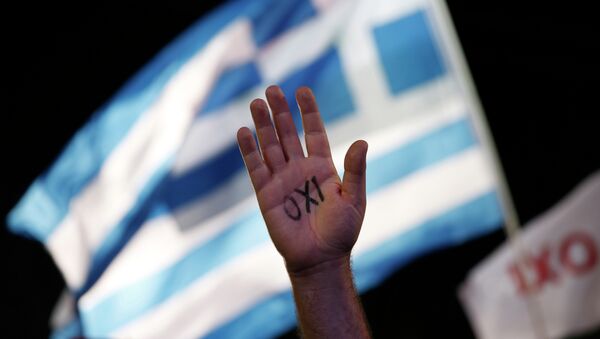 Mission chiefs from the International Monetary Fund (IMF) and the European Union have arrived in Athens for the second day of negotiations over the Greek Eurozone bailout, despite a lack of trust and a series of conflicting statements on day one.

The third $93 billion Greek bailout — which is yet to be negotiated and agreed — has been beset by a lack of trust between Athens and its creditors —  the IMF, the European Central Bank (ECB) and the other Eurozone members, otherwise known as the Troika — which goes back months, if not years.

The current round of bailout talks did not start auspiciously. They were due to begin last Friday, but were delayed by "organizational issues" until Tuesday. As part of the bailout agreement, the Troika has made a series of demands for access to Greek Government ministries — the thinking being that, after two failed bailouts, the creditors want to see the books.

This is an affront to Greek PM Alexis Tsipras and his government, which came to power on a promise of less, not more austerity. The Greek people have already suffered five and a half years of harsh austerity measures thrust on them by the hated Troika. They feel that having their creditors rummage through every government department on Greek soil is an insult to Greek sovereignty.

This is believed to be at the heart of the delay this time round, with Athens attempting to control how much access the Troika officials will have to its ministries.

Moreover, there were reports Tuesday night that some of the creditors want Athens to pass more laws on fiscal issues as a condition of receiving the bailout. But this was swiftly denied by the Greek finance ministry, which said the pre-negotiation agreement between Greece and its creditors did not call for further legislation, other than those which were passed in the last two weeks.

The tension is typical of the lack of trust between the creditors and Greece, which dates back to the fallout of the first $122 billion bailout agreed in 2010. The Greek situation worsened and a second bailout of $144 billion followed a year later, but with a series of stiff conditions attached.

These included reforms of its tax and pension systems as well as massive government spending cuts and privatization of parts of its infrastructure. However, over the next three years, the Troika became more and more unhappy about Athens' slow implementation of the package. 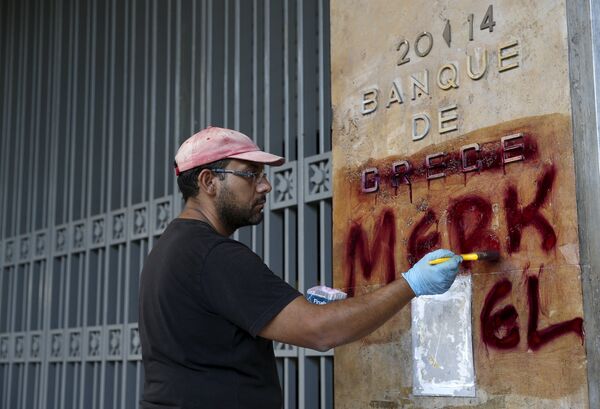 Meanwhile, the Greek people — who had long enjoyed a generous but unsustainable state pension scheme and widespread flouting of the tax system — became ever more angry with the Troika for inflicting such pain on them.

When Alexis Tsipras and his Syriza party were swept to power in 2015 on a promise to re-negotiate the second bailout terms, trust between the Troika and Athens hit a new low. In the run-up to the third bailout negotiations there were growing divisions within the Eurozone, with some countries demanding a hard line on Greece and others demanding Greece leave the euro altogether, because of the level of frustration with Athens over its unwillingness to make wholesale reforms to its fiscal system.

As the talks go into day two, there is no guarantee that a third bailout will be agreed; and even if it is, the Troika has little faith in Athens delivering on its promise of major reforms and access to its books.