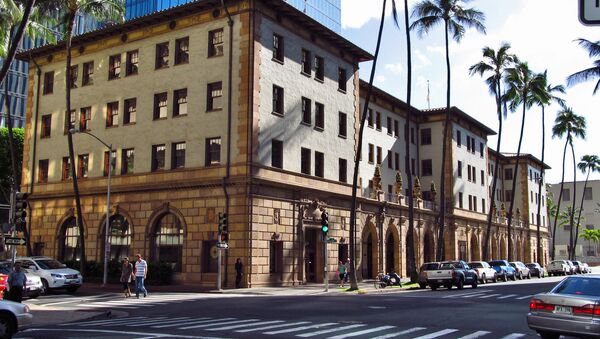 Grassroot Institute of Hawaii think tank President Keli’i Akina claims that public resources should not be used to form a Native Hawaiian government.

“We don’t oppose self-determinism by the Native Hawaiian people nor we oppose the use of first amendment rights to protest government,” Akina said on Tuesday. “What we do oppose is when the state and federal government use public resources, which discriminate against the general population and which force Native Hawaiians into a federally managed tribe.”

Akina was speaking just days after GIH and the watchdog group Judicial Watch obtained a preliminary list of tens of thousands of Hawaiians from the Native Hawaiian Roll Commission (NHRC), allegedly placed on it without their permission, supporting independence from the United States.

The list totalled more than 100,000 people who had unknowingly registered to seek a race-based sovereign government in Hawaii.

Those on the NHRC’s list will be able to elect delegates, who will then be charged with considering what type of native Hawaiian nation or government will be established or reorganized.

GIH and Judicial Watch stated that in 2012, the Office of Hawaiian Affairs (OHA) and the NHRC launched the Kana’iolowalu campaign and used taxpayer money to open the registration process for native Hawaiians who sought a sovereign government in Hawaii.

Akina noted that NHRC had created the list to form a “federally recognized Indian tribe,” one that, he argues, simply did not exist.

“The idea of a Native Hawaiian tribe, which would be a qualifier for a federal Indian tribe, is simply fictitious,” Akina said.

Over the weekend, NHRC posted its updated certified list of over 95,000 names, now eligible to vote in the election process.

In 1893, a party of primarily white American businessmen overthrew the Hawaiian Monarchy and imposed a provisional government. Nearly five years later in 1898, the Hawaiian islands were formally annexed by the United States, which many Native Hawaiian activists argue was illegal.