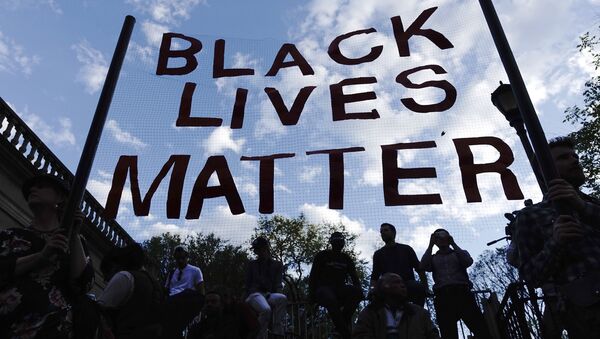 “It’s a sad statement of the condition of the general criminal justice system and the police in particular, but I think that the inherent danger for African Americans is higher than any other group in custody, and this string of deaths bears out that statement,” Kamau said on Tuesday.

Kamau was speaking after a young African American woman, Ralkina Jones, was found dead in an Ohio jail cell after being arrested over a row with her husband.

The activist noted the chances of being seriously hurt as a minority arrested for any sort of disruptive behaviour were very high, but added that such dangers existed across the United States for white people too.

Kamau blamed a lack of training and education among jail employees on how to properly deal with challenging situations.

“A jail staffer is paid significantly less than police officers, they’re trained much less than officers are trained, and they are inclined to take any sort of provocation and escalate it in many ways worse than an officer might on the street,” Kamau said.

Jones’ case is the latest in a series of suspicious deaths in police detention that have prompted protests and calls for police reforms.

Earlier in July, African American activist Sandra Bland was was found dead in her detention cell after allegedly hanging herself with a garbage bag following her controversial arrest by a Texas state trooper. The Texas authorities determined the death was a suicide, but Bland’s family has demanded an investigation.

On July 14, 2015, Native American Rexdale Henry was also found dead in his prison cell in Mississippi for unknown reasons. Henry, a member of the Choctaw Native American tribe, was previously arrested for not paying a traffic fine.

Baltimore was swept by days of protest riots after after 25-year-old African-American Freddie Gray died of a spinal cord injury while in police custody. Six police officers have been charged in connection with Gray’s death, all have pleaded not guilty.

According to US government prison data, 4,309 inmates in local jails or state prisons died in 2012.

About one-third of suicides in local jails occurred within seven days of being arrested.