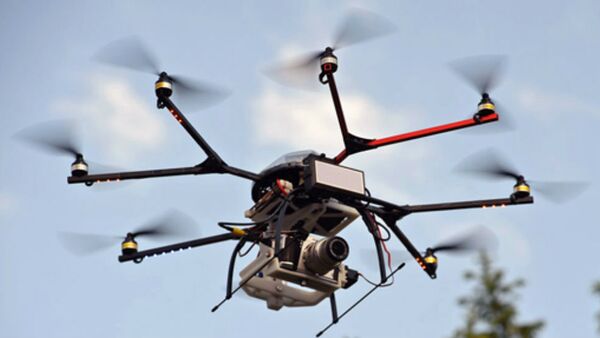 Navy Capt. Vincent Martinez, commander of the Naval Surface Warfare Center (NSWC) EOD Technology Division, said the military tech community is quite concerned about the potential for flying bombs, speaking at the annual EOD conference held by the National Defense Industrial Association in Maryland this week.

Martinez also described — quite emotionally — a potential scenario of a drone attack using an IED.

"Imagine the media event if it lands on top of the White House and detonates, whether it kills anybody or not," Martinez said. "The signal is sent. Add C4 [plastic explosive] to that, and it's a pretty big bang."

US Declares 'No Drone Zone' Over Washington, DC
Martinez alluded to the crashing of a hobbyist’s DJI Phantom quadcopter on the grounds of the US president’s residence in January, which exposed the vulnerability of the White House and the poor job done by the Security Service to protect it.

Although the White House is protected by a missile battery capable of taking down airplanes, missiles and larger drones, it is useless against smaller drones. Even detecting these tiny flying objects can be a problem, let alone shooting them down, Time reported.

Jerry Leverich, senior analyst with Army Training and Doctrine Command's futures directorate, said fixed-wing scale models are very hard to track, and the quadcopter is "a $100 device, currently being used for surveillance, that can be quickly adapted for lightweight explosives," Defense News quoted him as saying.

At this week’s EOD conference, military bomb technicians are discussing how enemies, particularly terrorist groups, could exploit drone technology, and how vigilant special services must be to prevent such a threat.

Martinez added there is a need for development in undersea explosive detectors, allowing for real-time analysis, and the development of social media aggregators that predict local IED trends.  He underscored the need for the EOD community and industry to collaborate in order to push through a chaotic US military industry.

That statement, according to Defense news, was heartily supported by conference participants dissatisfied with the current gait of the military’s technology development and implementation – while adversaries are working with “breakneck speed,” Martinez was quoted as saying.