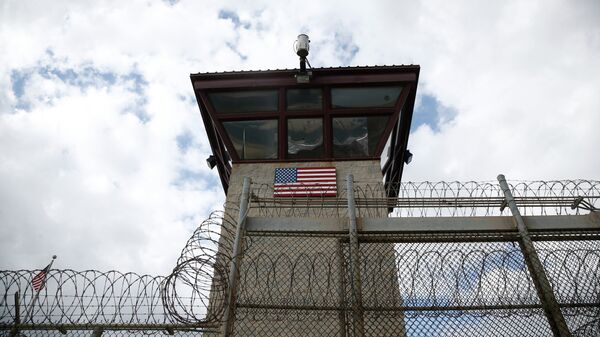 © AP Photo / Charles Dharapak
Subscribe
International
India
Africa
A lawyer for Guantanamo Bay detainees claims that the United States built its detention center at Guantanamo Bay, Cuba, in a haphazard and disorderly manner without any planning.

WASHINGTON (Sputnik) — The United States built its detention center at Guantanamo Bay, Cuba, in a haphazard and disorderly manner without any planning, a lawyer for Guantanamo Bay detainees told Sputnik.

“Guantanamo was built on the fly,” David Remes told Sputnik on Tuesday. “It was catch-as-catch can.”

Remes’ comments about the deficiencies of how the Guantanamo facility was established came after health and safety concerns related to the structure’s operations came to light.

US Unwilling to Return Guantanamo to Cuba Fearing Handover to Russia
On Tuesday, the US Navy Marine Corps Public Health Center said that it is investigating concerns about possible carcinogens around the military commissions at Guantanamo.

Remes could not comment on the particular issue related to cancer-causing agents, but did explain that the “whole arrangement” at Guantanamo was built extemporaneously with little foresight.

In January 2009, President Barack Obama signed an order to shut down the Guantanamo prison, following allegations that detainees were subject to human rights violations, only to sign legislation in 2011 that, in part, hampered the transfer of prisoners.

In 2015, the Guantanamo prison population has been reduced from 127 to 116, according to the White House.