US Set to Deploy More Troops, Combat Aircraft to Turkey 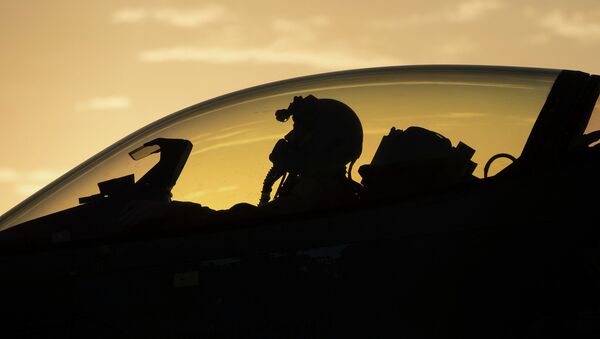 © Flickr / US Air Force
Subscribe
The United States is looking to broaden its military presence in Turkey with more personnel and combat aircraft, in its effort to intensify fight against ISIL alongside Turkish armed forces, a Pentagon official announced Monday.

According to an emerging cooperation program between Ankara and Washington, more troops and US warplanes and troops are set to deploy into Turkey, with the aim of battling more effectively ISIL militants’ strongholds along the Syrian border.

US and Turkey to Provide Air Cover for 'Moderate' Syrian Rebels
The official declined to comment on the number of additional troops to be sent to Incirlik and — potentially — three other air bases in Turkey, but added that "you would need to have more people to do more operations."

According to the Pentagon, there are approximately 1,700 US personnel — mostly Air Force — based at Incirlik, near the border with Syria.

The US Department of Defense confirmed that talks with Turkey’s military to determine what forces and capabilities should be used in the joint operation are still ongoing.

"The purpose of the operation is to clear the border and close the border to Daesh (ISIL)," a senior Obama administration official earlier told Reuters, speaking on condition of anonymity.

Turkey Opens Bases to US Aircraft, Joins Anti-ISIL Airstrikes
He also underscored that the US does not intend to create a specific "no-fly" zone in Syria along the Turkish border, which Ankara has long lobbied for, stressing instead that the agreement with Turkey will involve establishing an "ISIL-free zone," but that the US is "not committed to a specific zone per se."

Davis was similarly noncommittal when it came to the Pentagon’s current position on Syrian President Bashar Assad:

Turkish Fighter Jets Hit Kurdish Targets in Southeastern Turkey
Last week, the Turkish government announced it would permit US air strike operations against ISIL to fly out of Incirlik Air Base. While Ankara had previously tried to remain unengaged in the fight against the terrorist group, the death of 32 students in a suspected ISIL suicide bombing forced Ankara’s hand into reversing that policy.

On Friday, Turkey launched a two-front military campaign against ISIL militants in Syria and the PKK (Kurdistan Workers' Party) in northern Iraq and southeastern Turkey. The campaign involves airstrikes by F-16 fighter jets and shelling from within Turkish territory.

While the Turkish Air Force has been attacking Kurdish positions in Iraq and Turkey, the Syrian Kurdish YPG militia has proved a major military asset for US strikes against ISIL in Syria. This could become a serious obstacle for a full-scale joint military operation, as Turkey may deliberately veto any US activity perceived to be in favor of the Kurds, Middle East experts Neil Quilliam and Jonathan Friedman wrote for Reuters.