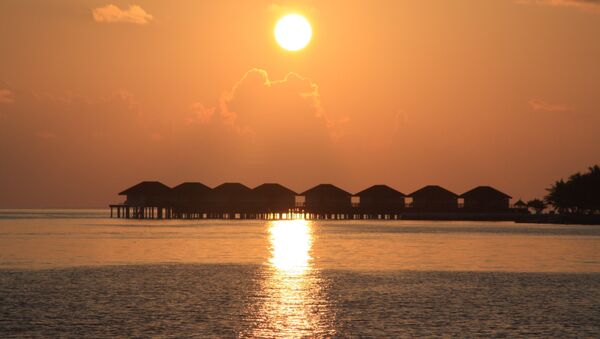 China said it is not planning to build military bases on the Maldives, which passed legislation last week to allow foreigners to own land despite opposition concern that Beijing would use the law for military expansion.

The legislation permits foreigners in the Indian Ocean island nation to own land within a project site as long as at least 70% of the area is reclaimed from the sea, Reuters reported.

The Maldivian Democratic Party, which opposed the reform, said the bill could give "unprecedented access to foreign parties to operate in the Maldives." One party member accused the government of facilitating a stronger Chinese presence in the Indian Ocean.

China's Foreign Ministry, in a statement sent to Reuters, said the vote was an internal matter for the Maldives, but that China wanted good relations with the country, best known for its luxury diving resorts.

China "has always respected and supported the Maldives' efforts to maintain its sovereignty, independence and territorial integrity," the ministry said, per Reuters. "What the relevant people said about China building bases in the Maldives is totally baseless."

Analysts point out that some anxieties about China's military intentions have been fueled by its construction of a network of ports, dubbed the String of Pearls, in the Indian Ocean. Some worry that Beijing's plan is to establish electronic eavesdropping posts in the region, including in Myanmar, Bangladesh, Pakistan and Sri Lanka.

In an effort to alleviate fears about its plans for its increasingly modern military, Beijing has repeatedly said it does not want military bases abroad.

But, according to experts, China will likely have to establish military bases overseas so its forces can protect the growing interests of one of the world's largest economies.