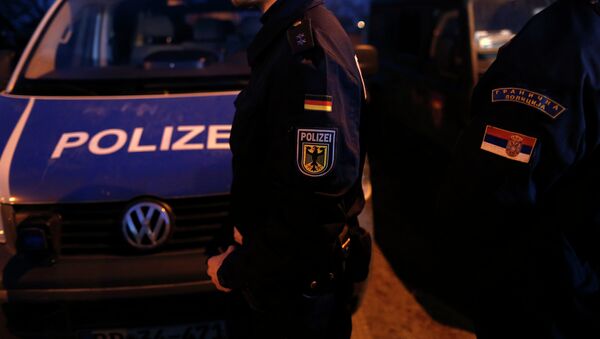 Serbian people are immigrating to Germany for the money only, Serbian Prime Minister Aleksandar Vucic said.

Belgrade Criticizes Hungary Over Building Fence on Border With Serbia
MOSCOW (Sputnik) – According to the Federal Office for Migration and Refugees, Serbia, Kosovo, Macedonia, Bosnia and Herzegovina, as well as Albania were among top 10 nationalities of asylum seekers in Germany in 2014, comprising over 60,000 of applications.

"They are not asylum seekers. They want only German money," Vucic said Monday in an interview with Suddeutsche Zeitung newspaper.

According to Vucic, the Serbian government is making significant efforts to improve the quality of life in the country but it needs Germany's assistance as well.

Vucic noted his government was improving the living conditions of the Roma ethnic minority, a group leaving for Germany in droves.

Wages in Serbia are among the lowest in the Balkans and in Europe. According to the Serbian national statistical office, the average net wage in the country was some $407 in June 2015.

According to the most recent Eurostat data, Serbia is among the five European countries with a minimum wage lower than $270, while the minimum monthly wage in Germany, France and the Netherlands is not less than $1380.

On Sunday, head of the Christian Social Union in Bavaria (CSU) Horst Seehofer said Germany must lower benefits to asylum seekers from safe countries of origin and urged the European Union to reestablish a strict visa regime with the Balkan states.