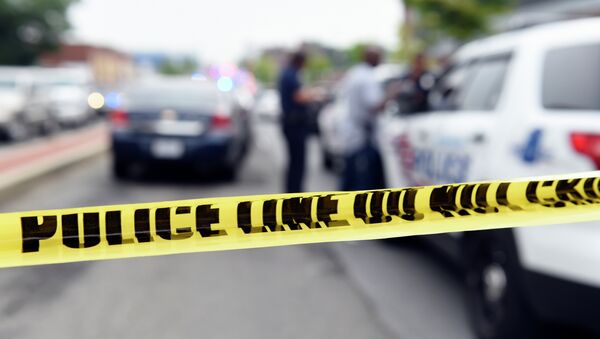 A video showing Chicago police towing away a car witnesses say had a dead body hanging out one of the windows was posted to YouTube over the weekend, prompting public outrage over what is being perceived as insensitivity and disrespect on the part of law enforcement.

Two people were killed and a third was injured in a shooting on a moving car in the Humboldt Park area of Chicago early Sunday morning.

Driver Darron Thomas and passenger Kenneth Wallace were pronounced dead on the scene after both were struck with multiple bullets.  The unnamed 26-year-old woman in the back seat was shot in the ankle and survived.

The story took on a macabre twist when local police officers removed the car later Sunday morning, with what witnesses say were lifeless body parts hanging out the window.

The police have claimed they acted with the intention of preserving the crime scene.

In a statement, the Chicago Police Department said they acted within policy:

"From time to time, depending on the unique circumstances of the death, bodies may be left in vehicles and removed in private area at the Medical Examiner's office. This would be done to protect the integrity of the crime scene (the car) while at the same time preserving the dignity of the deceased by handling their bodies in a private area rather than on the street in full view of onlookers. CPD is sensitive to the handling of bodies in public, and detective bureau has implemented procedures to minimize any community concerns that may arise from the manner in which crime scenes are processed."

Sunday morning sadness. (Some) police are just so damn disrespectful to the dead and their families, they were…