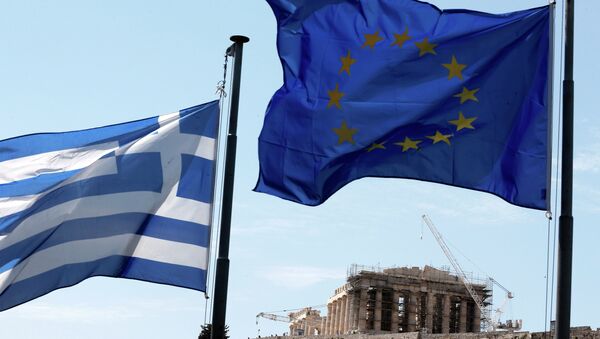 Earlier in the week, Greek authorities and the country's main creditors began talks after logistical delay on the conditions for Athens to receive loans under the European Stability Mechanism (ESM).

The negotiations are expected to intensify on Tuesday, with several parallel working groups addressing budget, pension and labor issues, according to the ministry's representative.

Greek Bailout Talks to Begin Amid Secret Drachma Currency Plans
On Monday, the Greek finance minister confirmed following the government council's meeting on economic policy that the intense talks on technical issues will begin on Tuesday.

"We will fully comply with the Eurogroup's agreement and the summit's agreement. We are moving forward in an organized way and I hope that everything goes well until the end," Tsakalotos told journalists.

However, the ministry's representative denied the reports that the lenders demanded for Athens to conduct additional reforms in exchange for new credits.

The preliminary deal, agreed on by Eurozone leaders on July 13, spans three years and provides $95 billion in exchange for reforms and austerity measures.

The sides are eager to finalize talks by August 12 and clinch a deal before August 20, when Athens is due to repay a $3.5-billion loan to the ECB.

Greece owes about $270 billion of its $350-billion debt total to its main creditors — the European Central Bank, the International Monetary Fund and some Eurozone nations.