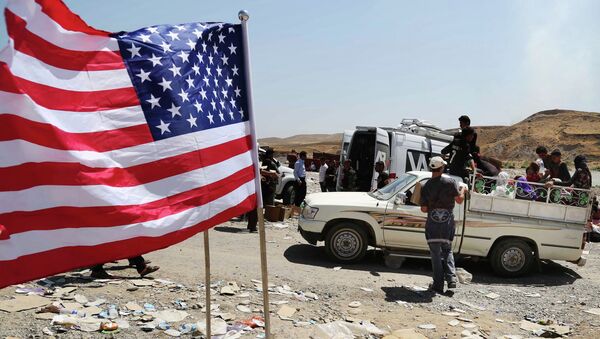 WASHINGTON (Sputnik) — The United States has appointed a new Special Envoy for Syria, Secretary of State John Kerry said in a release.

“I am pleased to announce the appointment of Michael Ratney as the new US Special Envoy for Syria,” Kerry stated on Monday.

Kerry explained that Ratney has served as US Consul General to Jerusalem from 2012 until now.

“Michael is a senior Foreign Service officer who is fluent in Arabic and whose distinguished career has spanned Iraq, Lebanon, Morocco, Qatar and beyond,” Kerry noted.

UN Syria Envoy Visits Damascus for Talks to Stop Civil War
The Secretary of State added that Ratney will soon travel to the region for consultations with “the Syrians and stakeholders” as part of an effort to solve the country’s ongoing conflict.

Ratney will replace Daniel Rubinstein who was nominated by President Barack Obama as the next Ambassador to Tunisia. Rubenstein has been serving as the Special Envoy for Syria since 2014.

Syria has been engulfed in civil war since 2011. The Syrian government has been engaged in fighting the so-called moderate opposition as well as a number of extremist insurgent groups, including the Islamic State.

More than 220,000 people have been killed I the fighting and 11 million have been displaced, according to UN estimates.