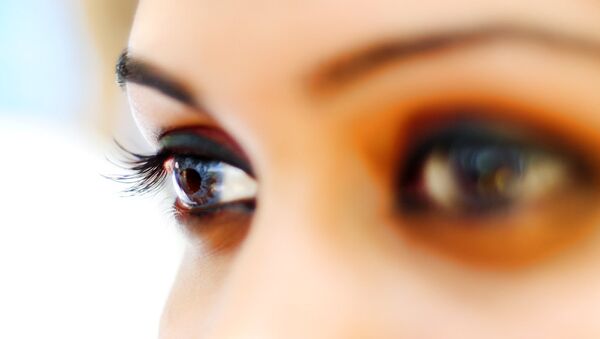 © Flickr / Ahmed Sinan
Subscribe
International
India
Africa
Scientists at the University of California, San Diego have developed a treatment that’s shown to shrink and even dissolve cataracts, the leading cause of human blindness worldwide.

Around 17% of Americans aged 40 and over are afflicted with cataracts, which cloud the eye's lens and affect vision. Cataracts are treated by a surgery in which the lens of the eye is removed and, in most cases, replaced by an artificial one. It's a relatively common and generally safe procedure, but treatment of the condition may have just become much easier: ophthalmologists at the University of California, San Diego say they've developed a new drug in eye-drop form that may make surgery for cataracts a thing of the past.

While scientists don't fully understand where they come from, cataracts are believed to be formed from defective proteins that clump together and obstruct the eye's lens and cause an effect on vision that many compare to steamy glass.

Cataracts can lead to loss of vision. Set your sights on a positive, smoke-free future. pic.twitter.com/AdxRIjJ0Og

It took molecular biologist Khang Zang at UCSD's Shiley Eye Institute and other researchers years to come up with the new treatment, based on lanosterol, a naturally-occurring steroid.

Zang headed a series of tests with human lens cells and found that the lanosterol drops caused cataracts to became smaller in size. Next, the team carried out experiments on rabbits, and 11 of 13 subjects showed progress when given the drops. Lastly, scientists administered the treatment to various breeds of dogs with naturally-occurring cataracts; three out of seven dogs tested had their sense of vision returned while another four dogs' cataracts nearly dissolved six weeks into treatment.

"This is a really comprehensive and compelling paper-the strongest I've seen of its kind in a decade," said Jonathan King, a molecular biologist at Massachusetts Institute of Technology not affiliated with the study. He has been investigating cataract proteins since 2000.

"They discovered the phenomena and then followed with all of the experiments that you should do-that's as biologically relevant as you can get."

As we see human life expectancies growing, the number of people suffering from cataracts is growing as well. According to the World Health Organization, cataracts is the most common causes of blindness and visual impairment worldwide, with 47.9% of those with impaired vision afflicted. Despite recent progress in medicine, cataract surgery, inaccessible for many of the 20 million blind people around the world, has been the only treatment option.

"I think the natural next step is looking to translate it into humans," he said. "There's nothing more exciting than that."