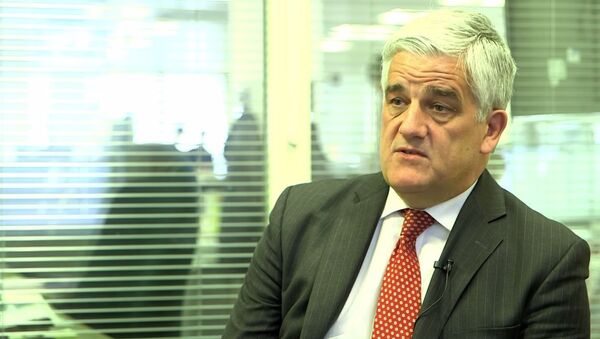 © Youtube
Subscribe
The British government responded to the US proposal by saying it would consider hosting US missiles if the United States decided to withdraw from the INF Treaty.

“The INF Treaty is critical for the balance of understanding, confidence building and trust in Europe,” Parry said. “If one side starts to break that, then obviously that has to be countered in deterrent terms by hard capability.”

In June 2015, the US Department of Defense leaked a memorandum to the press stating it would consider redeploying medium range nuclear missiles in Europe to counter alleged Russian violation of the INF Treaty.

The British government responded to the US proposal by saying it would consider hosting US missiles if the United States decided to withdraw from the INF Treaty.

“If we [United Kingdom] are threatened by intermediate weapons, then I suspect our people would want to deter that,” he added.

Prior to the 1987 signing of the INF Treaty, the United States maintained medium range missiles in the United Kingdom and Italy to deter Russia, a measure Parry said was “very effective in political signaling terms.”

Both the United States and Russia have leveled mutual accusations that either side has violated the INF Treaty. Russia has repeatedly requested more specific information from the State Department to prove Moscow’s alleged violations.

Under the INF Treaty, neither side is allowed to test or deploy conventional or nuclear ground launched cruise missiles with a range of 500-5,500 kilometers (300-3,400 miles).

In 2015, the Defense Department conducted a review of the INF Treaty, which included an outline of US options to respond to alleged violations. The United States has not made any final decisions about how it will respond to what it believes are Russian violations of the bilateral INF Treaty.

Rear Admiral Chris Parry served in the British Navy for more than three decades and currently runs his own strategic forecasting firm in the United Kingdom.