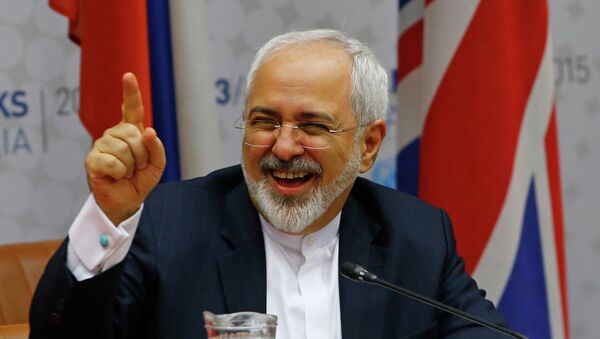 © REUTERS / Leonhard Foeger
Subscribe
The Public Policy Polling survey found that 54 percent of US citizens support the final agreement between Iran and the P5+1 group.

Don't Even Try: Kerry Warns Against Possible Israeli Attack on Iran
WASHINGTON  (Sputnik) – A majority of US citizens support the nuclear agreement between Iran and world powers and want Congress to approve the deal, Public Policy Polling Director Tom Jensen said on Monday in a statement announcing the results of a poll.

“The message is clear: voters think the Iran deal is a good one for the country, they want Congress to move it along, and if anything they will reward elected officials in the future who throw their support behind the agreement,” Jensen said commenting on results of a new poll.

The Public Policy Polling survey found that 54 percent of US citizens support the final agreement between Iran and the P5+1 group of countries — China, France, Russia, the United States, Britain and Germany — that will guarantee the peaceful nature of Tehran’s nuclear program in exchange for sanctions relief.

Of those polled only 38 percent opposed the deal.

Along party lines, there is strong support among Democrats, with 75 percent in favor of the deal and only 17 percent opposed. That compares to 36 percent of Republicans who support the deal and 54 percent in opposition.

Members of Congress have 60 days to fully review the agreement with Iran reached on July 14. During the review period, President Barack Obama will not be able to waive or suspend congressional sanctions currently in place against Iran over its nuclear program.

If half of both the US House and Senate oppose the deal, Obama said he will veto the bill. Both chambers of Congress would then require a two-thirds majority to override the presidential veto.