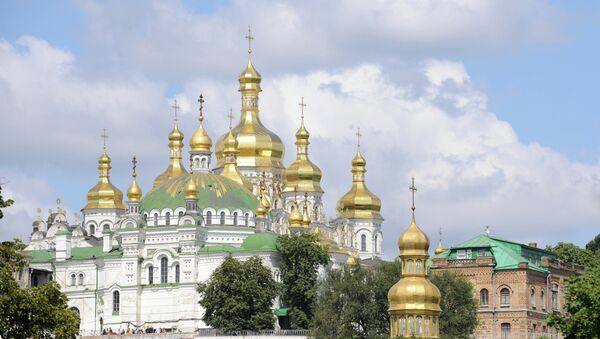 © Sputnik / Sergey Pyatakov
/
Go to the photo bank
Subscribe
An Orthodox priest in Kiev is in a critical condition after being shot twice in the head Saturday night, Ukrainian and Russian media report.

Roman Nikolaev, a priest in the Moscow Patriarchate of the Ukrainian Orthodox Church, was shot outside his home in northern Kiev late on Saturday night, and is listed in critical condition. 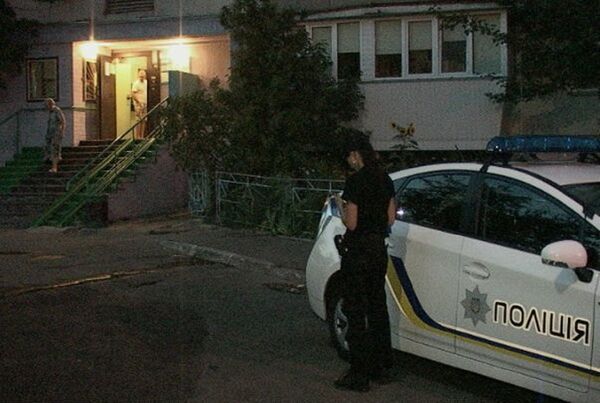 A police car stands outside Roman Nikolaev's home in Kiev. Nikolaev is in critical condition after being shot twice in the head on Saturday night.
© Photo : http://news.church.ua/

A spokesman for the Church told Russian news radio service RSN that Nikolaev was found by a neighbor on the stairway of his apartment building, is in critical condition, and "cannot give any evidence" as to the identity of his assailants.

The spokesman noted that in his opinion, the attack, committed by two unknown men, was unlikely to have been connected to Nikolaev's work. "The attack did not take place in a temple. Nikolaev served as the parish priest of a church which I believe has not yet been completed. He was ordained a priest two years ago."

One version of events, suggested by the press service of Ukraine's Ministry of Internal Affairs, is that Nikolaev may have been shot after getting in the way of apartment robbers. Ukrainian police have launched an investigation into the attack.

Following the Maidan coup d'état last year, relations between the Moscow and Kievan patriarchates have declined considerably. In February, UOC Kiev Patriarch Filaret made headlines by urging the United States to send lethal weapons to fuel Kiev's military campaign against independence and autonomy supporters in Eastern Ukraine. In April, the patriarch was reported to have held nearly 20 meetings with various NATO and EU leaders in a bid to garner European support amid the ongoing conflict in Donbass.

000000
Popular comments
This is truly shameful and it was an assassination. Shooting someone twice in the head is not getting hit during a robbery. Right sector are taking their Russian hatred to new low, low, depths. Killing a man of God is truly shameful. But the EU/ US keep saying their are no nazi in Ukraine.
Jlproject
26 July 2015, 21:13 GMT3
000000
Nudelman, Pyatt and their tribe must be proud of their Nazi death squads...