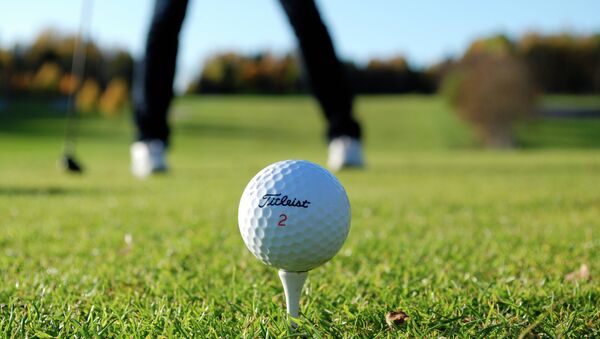 Human feces and toilet paper have been turning up in the holes of a Norwegian golf course, in a mystery that has remained unresolved since 2005.

Mysterious Sinkhole Appears on US Golf Course
In a rather unusual interview with the Norwegian newspaper Rogaland Avis, the groundskeeper of the country's Stavanger Golf Club revealed that he has been finding human feces and toilet paper in the course holes since 2005, and that this mystery is yet to be solved.

Kenneth Tennfjord suggested that a person who deliberately targets course holes is most likely a man "because the poos are too massive to be from a woman."

Aside from the fecal discoveries, used toilet paper sheets are typically found nearby, according to Tennfjord.

"He poos only on weekdays. On weekends I have never found poo on the golf course," he said, referring to the mysterious pooper.

The club's managing director Steinar Floisvik suggested, for his part, that the mystery pooper could arrive at the scene by bicycle.

"In the early morning dew we observed bicycle tracks on the course. Footsteps showed that he had done his business, and the bicycle tracks disappeared back the way they came," Floisvik said.

It seems that the pooper is nobody's fool given that he even managed to disable high-powered spotlights set up to discourage the defecation, according to another groundskeeper, Frode Jormeland.

Actor Harrison Ford Injures Himself Crashing WWII Plane Into LA Golf Course
"He climbed up a tree next to the lights and wriggled far out on a branch and dismantled the spotlights. How he managed the feat without electrocuting himself or falling is a riddle," he said.

Floisvik, in turn, said that the alleged man's motives are unknown. The suggestion is that "it could be someone who, for unknown reasons, hates the game of golf," Flousvik said, adding that "alternatively, the person may have a fetish or suffer from mental problems."