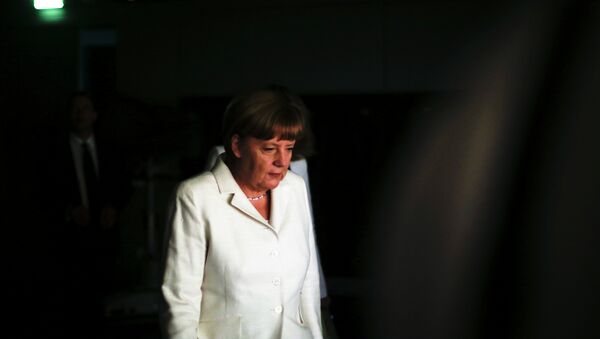 According to the head of the Christian Social Union in Bavaria, Angela Merkel could remain German Chancellor until at least 2021.

Pressure Builds on Merkel as Senior Party Member Resigns Over Greece Policy
BERLIN (Sputnik) – Angela Merkel could remain German Chancellor until at least 2021 since the parties, supporting her, are likely to win the next federal election in the country, head of the Christian Social Union in Bavaria (CSU) Horst Seehofer said Sunday.

CSU takes part in a coalition of three German parties – alongside the Christian Democratic union (CDU) and the Social Democrats that has formed the country’s current government, led by Merkel.

"In the last election to the Bundestag CDU and CSU reached a very good result. And we have a good chance to beat this success in 2017. This implies that we could nominate incumbent Chancellor Angela Merkel," Seehofer told German newspaper Welt am Sonntag.

Seehofer added that he personally is not going to stay in politics until 2021 for health reasons.

Angela Merkel has been holding position of Germany’s chancellor since November 2005. She became the first female chancellor in the history of the country. Following 2009 and 2013 federal elections Merkel was reappointed as the head of the government.

German Federal Chancellor is elected by the Bundestag, the German parliament, for four years. The next federal election will be held in Germany in 2017.