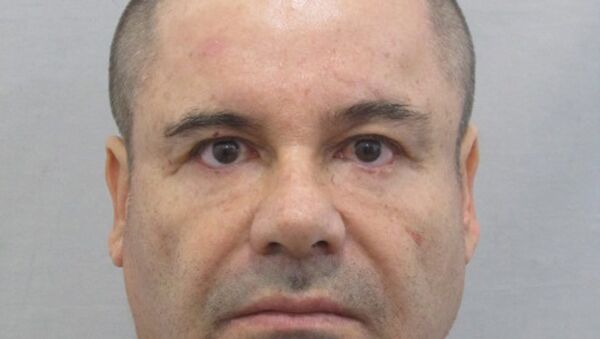 MEXICO CITY (Sputnik) – Chihuahua State Attorney General Jorge Gonzalez Nicolas warned late Friday that the arrest of the four assassins, part of Guzman’s Sinaloa drug cartel, did not signify that their boss is hiding in the region.

The other three prison workers, including two guards and one monitoring control center officer, remained in custody.

On Saturday, July 11, Guzman escaped via an elaborate 1-mile tunnel, hidden below his prison cell shower and connected to a house construction site nearby.

Interpol has issued a red notice for Guzman, chief of the Sinaloa criminal organization named after the Mexican state where it was formed.

Sinaloa operatives smuggle cocaine from Colombia through Mexico to the United States. The cartel is also involved in the production and distribution of Mexican marijuana, heroin and other drugs in North America and Europe.

Mexican Attorney General Arely Gomez has said that his country is ready to pay nearly $4 million for information on Guzman’s current whereabouts.

The latest is Guzman’s second escape from a maximum security prison.